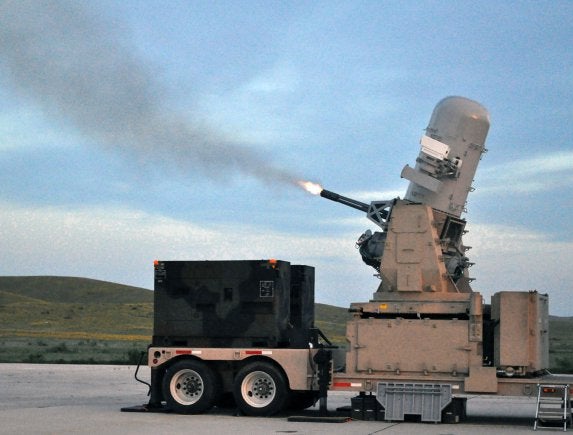 US Army soldiers from B Battery, 2nd Battalion, 44th Air Defense Artillery (ADA) have conducted a counter-rocket, artillery and mortar (C-RAM) live-fire exercise at Thompson Hill Range at Fort Sill in Oklahoma, US.

Supervised by instructors and contractors from D Battery, 2nd Battalion, 6th ADA, the exercise forms part of a six-week pre-deployment certification aimed at preparing soldiers for C-RAM missions that are expected during their forthcoming deployment in Afghanistan.

An incoming C-RAM threat was successfully tracked and intercepted by a four-second burst from the Gatling-type gun during the exercise, which involved participation of around 60 44th ADA personnel, who are a mix of Avenger missile crewmembers, air defence battle management system operators, as well as radar repairers.

Commenting on the certification programme, B/2-44th, air and missile defense crewmembers team chief sergeant Orlando Rodriguez said the process made smooth progress as the soldiers were able to intercept every target that came toward them.

"They need to learn how to work together and know what each other does."

A major difference from the Avenger system is the different procedures used by the C-RAM weapon system, Rodriguez added.

D/2-6th ADA academics section trainer sergeant 1st class Kleber Soriano said establishment of communication between the gun crew and the engagement operations cell proved to be one of the most challenging aspects of the certification process.

"They need to learn how to work together and know what each other does," Soriano added.

In addition to firing 75 20mm high explosives rounds per second with more than 80% kill probability of mortar round, the C-RAM system enables soldiers to perform pattern analysis of the threats, and relay the information to forward operating base’s commander for subsequent action, Soriano stated.

Image: A Gatling-type gun fires at an incoming target during a C-RAM live fire exercise at Thompson Hill Range at Fort Sill in Oklahoma, US. Photo: courtesy of Jennifer McFadden, Fires Bulletin.