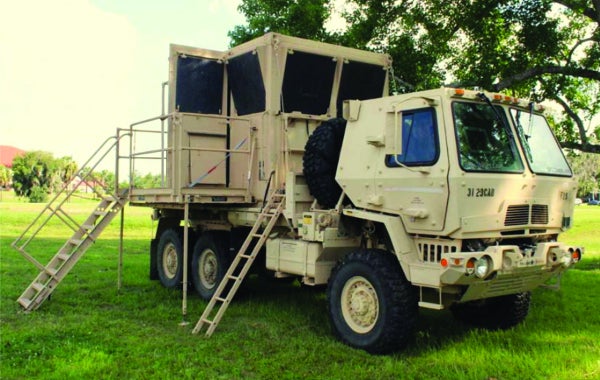 The US Army has taken delivery of the first low-rate initial production (LRIP) AN/MSQ-135 mobile tower system (MOTS) from Sierra Nevada Corporation (SNC) during a ceremony at its facility in Sparks, Nevada, US.

The delivery, carried out ahead of schedule, is part of a $56m contract received by the company for production and supply of ten MOTS units, along with engineering and logistics services to the army in March 2012.

"Once fielded, MOTS will enable improved maintainability along with a higher operational readiness for our air traffic controllers supporting aircraft movement at airfields around the world," Davis added.

Equipped with all necessary secure and non-secure communications radios and support equipment, the AN/MSQ-135 MOTS is designed for rapid establishment of military air traffic control (ATC) operations worldwide during night or day, and in all-weather conditions.

"Once fielded, MOTS will enable improved maintainability along with a higher operational readiness for our air traffic controllers supporting aircraft movement at airfields around the world."

Featuring an ATC Tower with organic 18kW power generators, a medium-intensity solar-powered airfield runway lighting system, as well as meteorological sensors, the modular system can be easily airlifted by the C-17 Globemaster III aircraft or by CH-47 Chinook helicopter.

Primarily designed to replace the army’s ageing AN/TSW-7A air traffic control tower, the AN/MSQ-135 MOTS is expected to offer a global deployable ATC capability to the US Army Aviation. The company had already delivered an early development MOTS, which has been deployed with the 3rd Infantry Division in Afghanistan since November 2012.