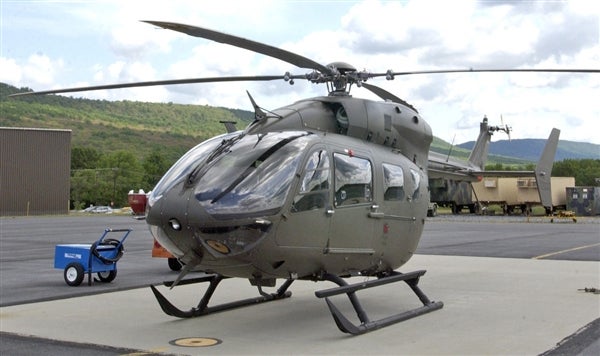 EADS North America has handed over the 250th UH-72A Lakota light utility helicopter (LUH) under contract to the US Army for operation by the Oklahoma National Guard.

The helicopter represents the latest of 54 Lakotas that have been delivered with the security and support (S&S) battalion mission equipment package (MEP), which broadens its capabilities for missions ranging from disaster response to border security operations across the country.

UH-72A product manager army lieutenant colonel David Cheney said UH-72A Lakota helicopter programme is proceeding according to the original schedule, within budget and is better serving troops in the battlefield.

"The success of this aircraft and programme is a testament to EADS North America‘s team’s determination to provide the best support for the army and homeland security missions," Cheney said.

EADS North America chairman and CEO Sean O’Keefe added: "In today’s budget environment, the Pentagon needs programmes that deliver what’s been promised, and we’re proud to have worked with the army to field this capability unfailingly on schedule and on cost."

"In today’s budget environment, the Pentagon needs programmes that deliver what’s been promised."

Equipped with a moving map, EO/IR sensor and digital video recording capability, digital and analogue downlink, and a searchlight, the MEP Lakotas are operated by the US Army National Guard for border security and drug interdiction missions along the US south-west border.

As well as replacing the army’s ageing OH-58 and UH-1 rotary-wing aircraft, Lakotas are expected to simultaneously enable UH-60 Black Hawks to participate in combat missions.

A total of 345 UH-72As are expected to be acquired by the army under a defence acquisition category (ACAT) I programme, which is scheduled to continue until 2016.