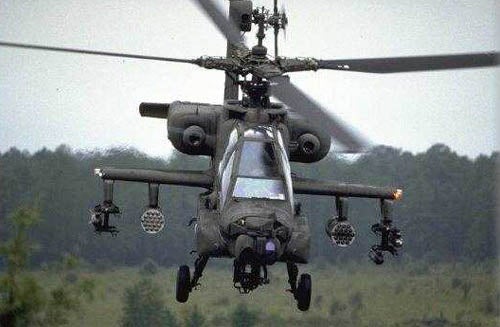 Cobham has received an indefinite delivery-indefinite quantity (IDIQ) contract for the production and delivery of onboard inert gas generating system (OBIGGS) nitrogen inert units (Niu) for integration into the US Army’s AH-64 Apache helicopters fleet.

Awarded by US Defense Logistics Agency, Redstone Arsenal, the $15m contract covers supply of a new configuration of NIU to help enhance the aircraft safety, improve supportability, and also prolong maintenance for the next 30 years.

"In 1985, Cobham pioneered the first OBIGGS application on the US Army AH-64 Apache helicopter and we continue to enhance our products with the latest technology," Coffield added.

"In 1985, Cobham pioneered the first OBIGGS application on the US Army AH-64 Apache helicopter and we continue to enhance our products with the latest technology."

The OBIGGS are autonomous systems designed to enhance the aircraft’s safety by displacing fuel tank vapours with inert nitrogen gas, eventually lowering the associated risk of fire or explosion.

Equipped with a filtration chain, pressure and temperature controller, as well as oxygen sensor and air separation modules, the system facilitates production and flow of nitrogen enriched air (NEA) that replaces oxygen present in the fuel tank, keeping the vapours non-flammable.

Work under the five year contract is scheduled to be performed at Cobham Life Support’s centre of excellence, located in Davenport, Iowa.

Cobham has supplied NIUs for more than 1,500 Apache helicopters across the globe, along with OBIGGS for over 2,400 aircraft, including the military C-17 Globemaster, as well as the Boeing 787 Dreamliner, since 1985.

Image: The US Army’s AH-64 Apache helicopter during its flight. Photo: courtesy of Andre Engels.