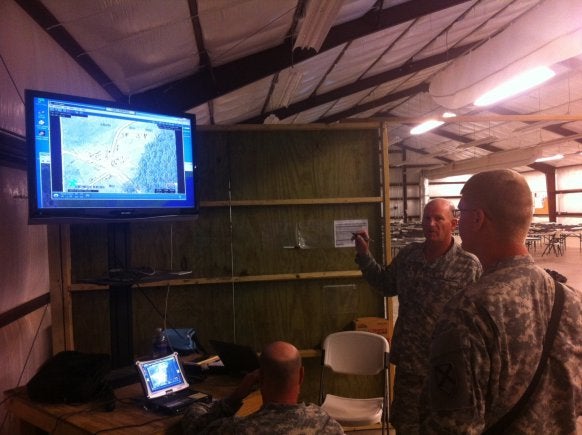 The US Army National Guard (ANG) is conducting operational training on the company intelligence support team (COIST) workstation at the Camp Shelby Joint Forces Training Center in Mississippi, US.

"We can do an initial analysis based on the last 30 days of significant activities and add in new data into the workstation for the current situation," Kuhn said.

The pre-posted information in the COIST workstation can then be rapidly synthesised by the intelligence teams into a complete intelligence brief, which describes terrain and weather effects alongside enemy forces and tactics.

Equipped with one station remote viewing terminal (OSRVT), a tactical ground reporting (TiGR) system and other tools, the workstation is said to be capable of accessing real-time aerial reconnaissance video feeds from a RQ-7B Shadow unmanned aerial system (UAS).

"Intelligence teams are able to communicate with the UAS operator and the convoy patrol leader."

”Intelligence teams are able to communicate with the UAS operator and the convoy patrol leader," Thomas said.

Image: The US Army personnel use live RQ-7B Shadow UAS feed on OSRVT to observe their objective. Photo: courtesy of US Army.