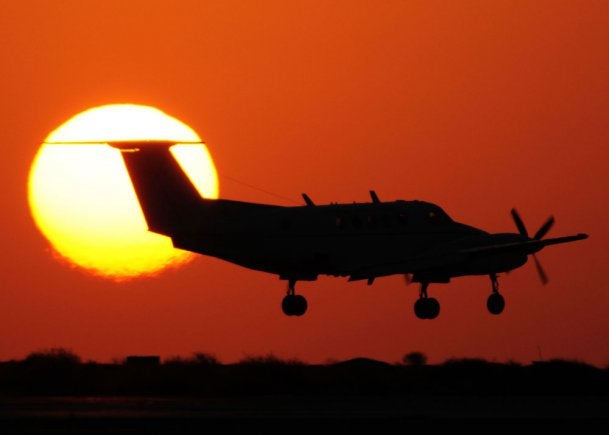 The US Army has issued a request for information (RFI) to industry partners seeking potential replacements for its existing light transport aircraft fleet.

Issued to replace the service’s Beechcraft C-12 King Air and Fairchild C-26 Metroliner light transport aircraft, the RFI requests details of an in-production, multi-engine aircraft that can be operated by a single-pilot from rough air fields.

Other requirements include the ability to carry up to nine passengers or 2,700lb of cargo, while operating at speeds of 500km/h.

Despite the RFI not attracting interest from any manufacturer, the specifications suit a broad spectrum of aircraft, such as the MC-12W Liberty, an advanced variant of C-12 currently operated for intelligence, surveillance and reconnaissance (ISR) missions by the US Air Force (USAF), as reported by World Aeronautical Press Agency.

Based on the Beechcraft Super King Air and Beechcraft 1900, the C-12 Huron is a twin Pratt & Whitney Canada PT6A-42 engine powered aircraft, and has been operated by the US Army for liaison and attached transport since 1979.

"The specifications suit a broad spectrum of aircraft, such as the MC-12W."

The aircraft is also used for a wide range of operations, such as embassy support, medical evacuation, as well as passenger and light cargo transport by the US Navy, Marine Corps, and the air force.

Capable of accommodating a pilot, co-pilot and 19 passengers and cargo or a combination of both, the aircraft also provides limited medical evacuation, range clearance and support for drug control operations.

Image: A US Army C-12 Huron aircraft readies to land at an air base in South West Asia. Photo: courtesy of US Air Force tech Sgt Tony Tolley.