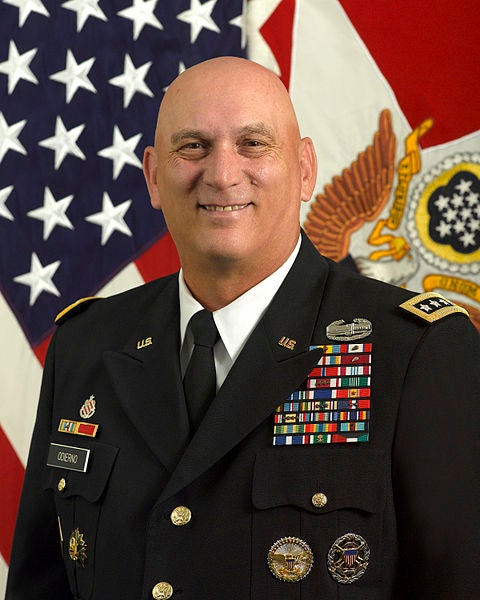 The US Army will cut 12 brigade combat teams (BCTs) by the end of 2017 as part of its force restructuring due to the Budget Control Act of 2011, bringing the number of active-duty BCTs to 33, army chief of staff general Raymond Odierno has revealed.

Speaking at a Pentagon news conference in Washington DC, Odierno said the service would also reduce its active component from a wartime high of 570,000 soldiers to 490,000 by 2017, which represents one of its largest organisational changes since the Second World War.

"Our decisions are in line with the fiscal year 2013 budget submission, which implements a $487bn reduction in Dod funding based on the Budget Control Act of 2011," Odierno said.

"This predates sequestration. If sequestration continues into fiscal year 2014, army reductions to end strength, force structure and basing announced today will be only the first step."

Selected following comprehensive review involving environmental and socio-economic impacts of the reductions, ability to train soldiers, expand and regenerate forces, as well as geographic distribution, the majority of BCTs being dissolved are based in the US, while two are operating in Germany.

One BCT will be shutdown at each of Fort Bliss and Fort Hood in Texas, Fort Bragg in North Carolina, Fort Campbell and Fort Knox in Kentucky, Fort Carson in Colorado, Fort Drum in New York, Fort Riley in Kansas, Fort Stewart in Georgia, and Joint Base Lewis-McChord in Washington.

Inactivation of Germany-based BCTs Baumholder and Grafenwohr by 2013 leaves just two brigades in Europe to fulfil US strategic commitments.

"In the future, we will announce an additional BCT to be inactivated, which will bring the number of BCTs to 32, but that decision has yet to be made."

"In the future, we will announce an additional BCT to be inactivated, which will bring the number of BCTs to 32, but that decision has yet to be made," Odierno said.

The reductions primarily affect the active-duty force, with US Army National Guard cutting 8,000 soldiers, while the Army Reserve will skip a planned force increase to maintain its existing size of 205,000.

Meanwhile, the army will enhance the skills and flexibility of its remaining armoured and infantry BCTs through a third manoeuvre battalion and additional engineer and fires capabilities, Odierno added.