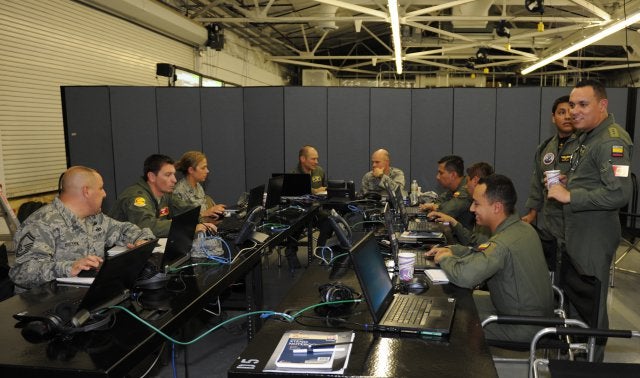 Armed and security forces from 17 nations and the US Army South are conducting an annual multinational exercise, PANAMAX 2012, aimed at ensuring the defence of the Panama Canal.

The US Southern Command-sponsored Fuerzas Aliadas PANAMAX drill represents combined operation of sea, air and land forces, to safeguard the Panama Canal from attacks from violent extremist organisations, as well as responding to natural disasters and pandemic outbreaks in various locations.

It started on 6 August and will run until 17 August in San Antonio in Miami and Suffolk in Virginia in the US, as well as in the Republic of Panama, Central America.

"PANAMAX develops and sustains relationships that improve the capacity of our emerging and enduring partners’ security forces to achieve common desired goals.”

"PANAMAX develops and sustains relationships that improve the capacity of our emerging and enduring partners’ security forces to achieve common desired goals," he said.

Additional US armed forces commands featuring in the exercise include Marine Forces South, Special Operations Command South and Naval Forces Southern Command, along with their vessels and a contingent of ordnance, mobile diving, logistics and security forces personnel.

Image: US and Colombian personnel establishing communication networks in a building at Fort Sam Houston, Texas, for PANAMAX 2012. Photo: courtesy of US Army.