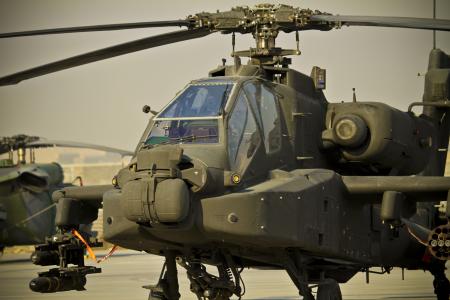 The US Army Program Executive Office for Command, Control and Communications-Tactical (PEO C3T) is planning to issue formal requests for proposals (RFP) for hardware solutions, in support of the development of two software-programmable radio systems.

SALT has been designed to relay data, voice and video from Apache helicopter to ground through a wireless, secure network, whereas the SANR helps increase situational awareness of Apache, Chinook, Gray Eagle, Black Hawk, as well as Kiowa Warrior helicopters.

The request for information (RFI) for the two radios was released by PM AMF in August 2012, with meetings currently being held with respondents to discuss capability requirements.

AMF project manager navy captain Nigel Nurse said the office was working to determine the absolute requirements not provided by the industry.

"We’ll go back to industry and see, first if it can be provided, and if not, what’s the cost to provide it while working within the NDI construct."

"We’ll go back to industry and see, first if it can be provided, and if not, what’s the cost to provide it while working within the NDI construct," Nurse said.

Capable of meeting the National Security Agency’s type-one encryption certification, the radios will be integrated with new networking technologies, which can connect tactical edges through terrestrial and aerial tier communications that do not rely on satellite networks or fixed infrastructure.

Link 16 and soldier radio waveform (SRW) will be used by SALT, whereas SANR is expected to use SRW, single-channel ground and airborne radio system and a mid-tier waveform, which has not yet been determined.

The two RFPs are scheduled to be issued during the fourth quarter of 2013, in anticipation of starting low-rate initial production in the third quarter of 2014.