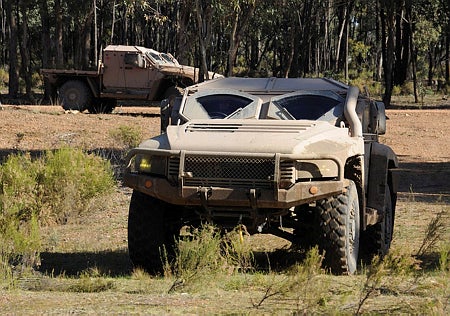 Delivery of two reconnaissance variants follows selection as the preferred vehicle for development and testing under the manufactured and supported in Australia (MSA) option of the Australian Defence Forces’ (ADF) Project LAND 121 Phase 4 programme in December 2011.

Thales Australia CEO Chris Jenkins said the company has invested $30m in the Hawkei project, while a significant investment have also been made by the Australian industry into the development of the vehicles.

"They are backed by the expertise of our protected mobility engineering teams, and we are working closely with defence to support the testing and evaluation process," Jenkins added.

"We are working closely with defence to support the testing and evaluation process."

Vehicles previously delivered by the company have completed approximately half of the planned 100,000km of testing scheduled for the evaluation period.

Subject to successful testing, the Australian Department of Defence’s (DoD) decision to seek approval for Hawkei production is expected in late-2013, while final government approval is currently scheduled for 2015.