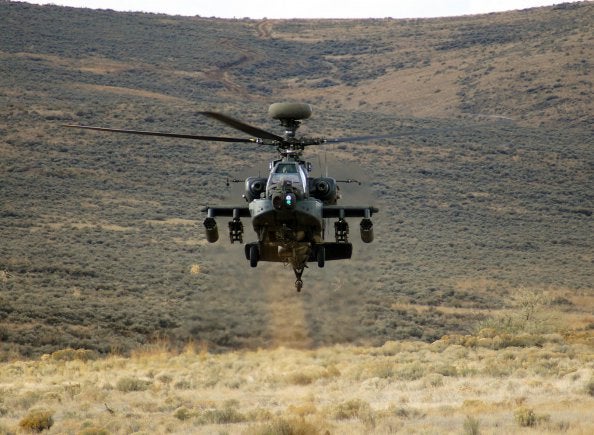 The Taiwanese Armed Forces have taken delivery of the first batch of six AH-64E Apache attack helicopters from the US, the country’s defence minister Yen Ming has confirmed.

Taiwan Army Chief of Staff general Hao Yi-chih was quoted by Central News Agency as saying that the helicopters are fitted with AN/APG-78 longbow fire control radar, and are suitable for both land and sea-based reconnaissance missions.

The helicopters, which were originally planned to be delivered in late October, will be eventually shipped to an Army Aviation Special Forces base in Tainan City, Taiwan, as reported earlier by the news agency.

Around 30 AH-64E Apache helicopters were ordered by the Taiwanese Ministry of National Defence (MND) under a NT$59.31bn ($2bn) deal from the US in 2008, to help supplement the national army’s ageing AH-1W Super Cobra attack helicopter fleet.

The second Apache batch will arrive in Taiwan next month, while the rest are expected to be delivered in five batches by the end of 2014, making Taiwan the world’s first country besides US to deploy this helicopter type.

The helicopters have also been ordered by the Indonesian and South Korean armies.