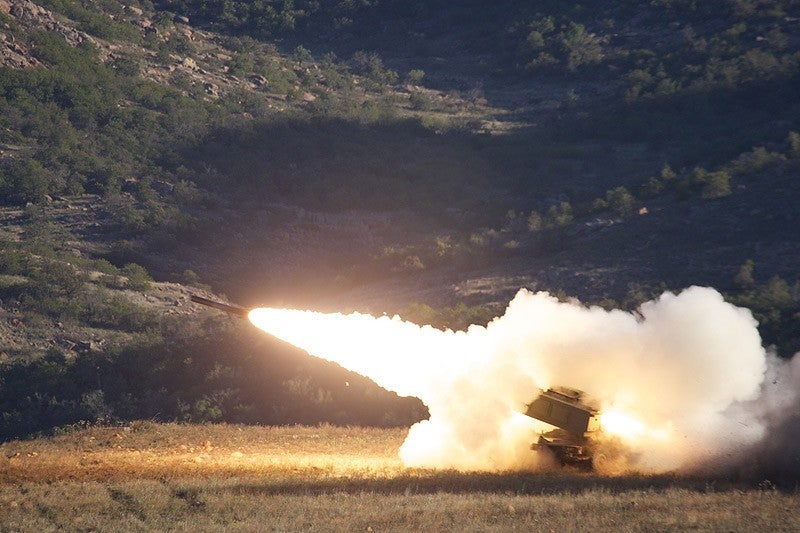 Some 340 personnel from SAF Artillery units and the Republic of Singapore Air Force (RSAF) participated alongside US personnel to maintain HIMARS operational capabilities, as well as conducting air-land integration training.

The exercise enables SAF to build its operational capabilities and readiness, in addition to enhancing the defence relationship between the two countries.

SAF’s HIMARS and Apache AH-64D helicopters participated in the bilateral exercise alongside US F-16 and F-18 fighter aircraft, M109A6 Paladin self-propelled Howitzers, as well as ground liaison and targeting teams.

"Not only can we train with the HIMARS, we can achieve air-land integrated training with the Apache helicopters."

US personnel from the 214th Fires Brigade Headquarters, 1-14th, 2-4th and 2-5th Field Artillery, 168th Brigade Support Battalion, the US Marine Corps and US Air Force also participated in the bilateral exercise.

SAF’s chief of artillery, colonel Terry Siow said Exercise Daring Warrior provided an opportunity for effective and realistic training, and also served as a channel for professional exchange between both militaries.

"Not only can we train with the HIMARS, we can achieve air-land integrated training with the Apache helicopters," Siow added.

The HIMARS can engage targets 70km away, at a speed of 94km/h, and can shoot and scoot in under 20 seconds, ensuring survivability for crews and equipment.