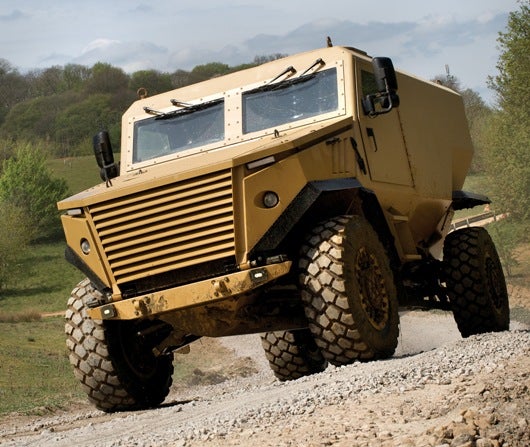 Covering the assembly of 76 additional vehicles, the latest award brings the total number of the Foxhound LPPVs ordered by the UK Ministry of Defence (MoD) to 376.

Ricardo CEO Dave Shemmans said: "The Foxhound is exactly the right vehicle for British forces, providing what commanders on the ground in Afghanistan are describing as ‘an enormous leap forward’ in capability."

All UK army Foxhounds vehicles have been assembled by the company under subcontracts from GDLS-FPE at the Ricardo special vehicle facility at Shoreham, UK, since 2011.

Powered by a Steyr M16-Monoblock diesel engine, the Foxhound is a 4×4 highly-armoured vehicle, designed and built specifically to protect British troops against roadside bombs and improvised explosive devices (IED) threats in Afghanistan.

The vehicle is also equipped with Formula One racing technology to offer speeds of up to 70mph, and is lighter and smaller when compared with the army’s Mastiff and Ridgback protected patrol vehicles.

An initial batch comprising 200 Foxhounds were ordered by the MoD under a £180m urgent operational requirement (UOR) contract in November 2010, while the second £90m contract featuring delivery of 100 vehicles was awarded to GD in June 2012.

Valued at £30m and £46m, the third and fourth contracts covering production and supply of additional 25 and 51 Foxhounds were received by the company in August and November 2012.

Image: Foxhound vehicles are already in use by the British forces in Afghanistan. Photo: © Ricardo plc 2013.