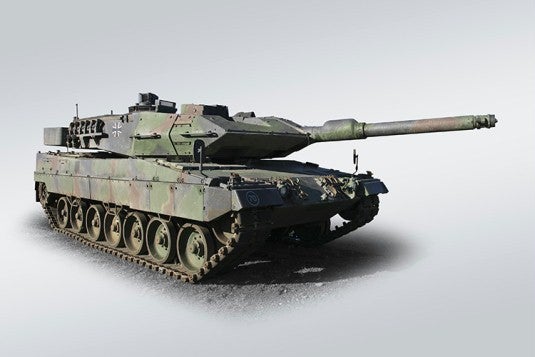 Rheinmetall Defence has been awarded a contract for delivery of armament and sub systems for installation on Leopard 2A7 main battle tanks (MBTs) and Panzerhaubitze 2000 self-propelled howitzers of an undisclosed Middle Eastern country.

Under the €475m contract, Rheinmetall will deliver L55-type tank guns for 60 Leopard 2A7 MBTs, and fire-control electronics and electro-optical (EO) sensors for the tank’s medium-calibre weapon station.

The contract also requires the company to develop and deliver the chassis, L52 main armament, as well as a complete driver training vehicle for the country’s PzH 2000 howitzers.

Leopord 2 A7 is manufactured by Krauss-Maffei Wegmann (KMW) as an upgrade to the Leopord 2 MBT for operation in both low and high-intensity conflicts.

"Rheinmetall will deliver L55-type tank guns for 60 Leopard 2A7 MBTs."

Enhancements include integration of modular armour, a dual-kit on the turret and hull front for frontal protection, FLW 200 remotely controlled weapon station (RCWS), as well as 360° protection against rocket propelled grenades (RPGs) and mine protection for enhanced survivability during urban operations.

Manufactured by KMW in collaboration with Rheinmetall Land Systems, PzH 2000 is a 155mm self-propelled howitzer capable of continuous firing between ten and 13 rounds per minute depending on barrel heat.

Operated by a five member crew, the howitzer is fully compatible with standard NATO 155mm ammunition, and features automatic support for multiple rounds simultaneous impact (MRSI) for up to five rounds.

Contract deliveries are expected to take place between 2015 and 2018, Defense News reports.

The Armored and Counter IED Vehicles Market in Algeria to 2024: Market Brief