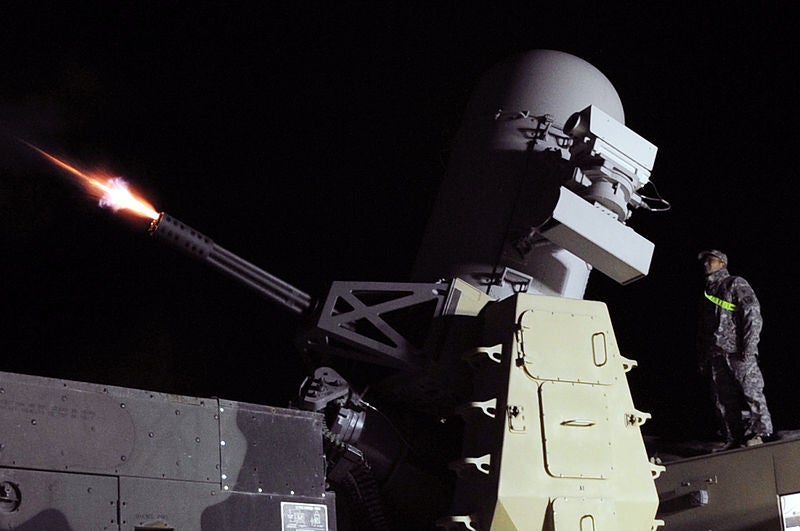 Northrop Grumman has received a contract from the US Army to install and maintain the counter-rocket, artillery and mortar (C-RAM) interceptor system at the forward operating bases (FOBs) supporting Operation Enduring Freedom and the ongoing US mission in Iraq (USM-I).

Under the $122m contract, awarded by the US Army Contracting Command-Redstone, the company will provide systems engineering, production, deployment and logistics support services for the C-RAM systems.

The C-RAM is a variant of the US Vulcan Phalanx, an advanced radar system controlled 20mm cannon designed to defend navy ships from missiles and incoming enemy projectiles.

The C-RAM sense-and-warn systems uses sensor, command and control (C2) and visualisation tools to detect or destroy incoming artillery, rockets and mortar rounds in the air before they hit ground targets. and also provide soldiers with early warning of incoming indirect fire.

The system is integrated with existing field artillery and air defence sensors, a commercial off-the-shelf warning system and a US Navy-developed interceptor to safeguard the US and coalition troops from indirect fire threats. Additionally, C-RAM also provides counterattack and response options, including tracking and capturing of enemy forces.

Since its initial fielding more than six years ago, the system has been used to protect the Green Zone and Camp Victory in Baghdad, the Logistics Support Area Anaconda in Balad, Iraq, and is also deployed by The British Army in southern Iraq.

Northrop Grumman information systems defence systems division vice president and general manager Mike Twyman said the C-RAM systems have provided advanced warning of more than 2,000 incoming attacks on bases. The contract has a potential value of $311m, if all options are exercised.