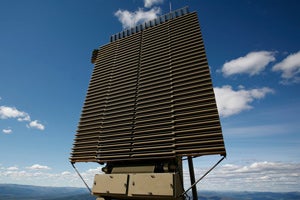 BMD programme director Alessandro PERA said the successful tests of the Italian TPS-77 demonstrated its ability to serve as a BMD sensor to improve the system’s situational awareness.

Supervised by Nato’s ballistic missile defence programme office, Ensemble Test 2 represents the second in a series of tests that aim to lower the programme’s technical risks arising due to incremental addition of multiple sensors, weapon and communication systems.

The test involved evaluation and integration of a total of 16 Nato and national systems, including US, Dutch and German Patriot missile defence system, Dutch ADCF frigate, surface to air missile (SAM) Operations Centre from Germany, and French and Italian SAMP/T systems.

"Thanks to thorough preparation, the test execution phase was actually completed in half the planned time, which saved both time and money for the participants."

ET2 required almost one year of work from planning to execution phase, according to Pera.

"Thanks to thorough preparation, the test execution phase was actually completed in half the planned time, which saved both time and money for the participants," Pera added.

The BMD programme is scheduled to move towards its deployment with Ensemble Test 3, which will be conducted in May-June 2013.

Developed by Lockheed Martin, AN/TPS-77 is a 3D solid-sate radar designed to perform long-range airspace surveillance missions of up to 450km.