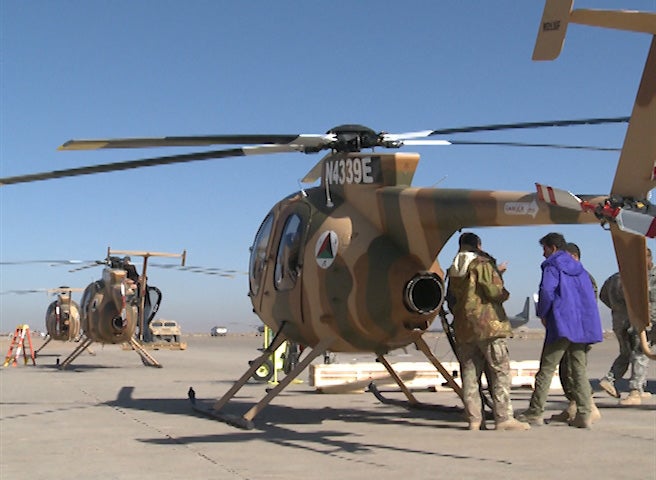 MD Helicopters (MDHI) has successfully completed the first phase of live firing exercises of its MD 540F aircraft at the US Army’s Yuma Proving Grounds in Arizona.

A total of 15 engagements with M3P .50-calibre guns were recorded during the testing, which represents a significant milestone in the company’s development plan to complete overall evaluation and eventual Federal Aviation Authority (FAA) certification of the aircraft.

MDHI CEO Lynn Tilton said the company’s primary aim was to deliver a robust light attack helicopter with the lethal strike power, stability and accuracy that is available only in much larger and more costly aircraft.

"As we have demonstrated to the US Army on multiple occasions and past programmes, the 540F development programme will remain on schedule and deliver exceptional performance on all fronts," Tilton added.

“As we have demonstrated to the US Army on multiple occasions and past programmes, the 540F development programme will remain on schedule and deliver exceptional performance on all fronts."

The helicopter is scheduled to undergo subsequent weapons platform to confirm its performance and precision strike capabilities with laser-guided rockets and Hellfire missiles in late 2013.

An upgraded version of the MD 530F helicopter, 540F is an armed aircraft that is equipped with an advanced, lightweight weapons platform with four stations to simultaneously carry various combinations of guns, rockets and missiles.

With an increased maximum gross takeoff weight, the aircraft can carry a full avionics and weapons package while hovering at 6,000ft/95°F.