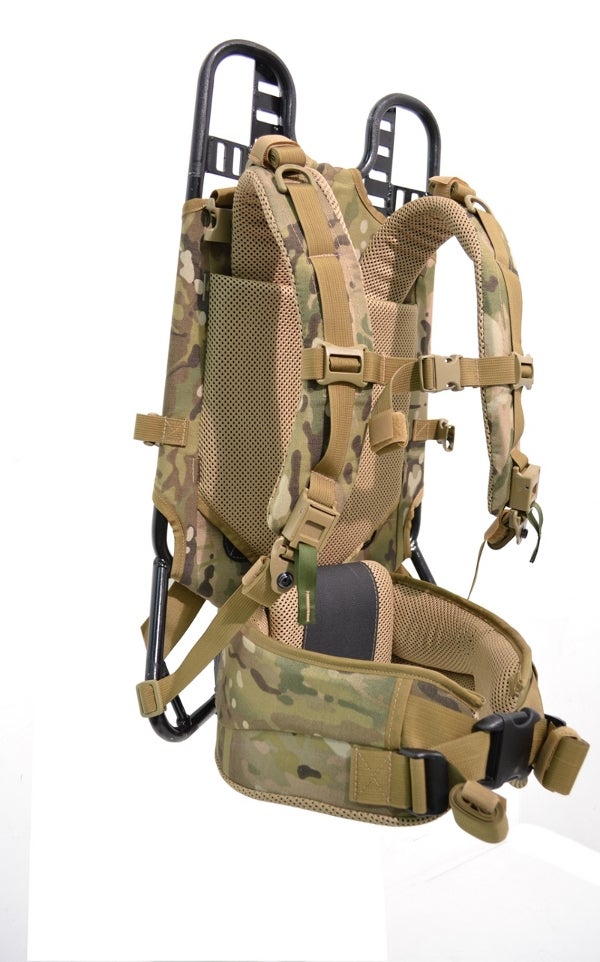 Marom Dolphin R&D Department chief and senior designer Jonathan Shtriker said that the modern day soldier carries a variety of equipment, the weight of which is continually increasing and affects mobility on the battleground.

"This is the problem that we are striving to solve with the new system that we are introducing at Eurosatory, [with the] most important function to enable soldiers to properly perform their missions," Shtriker added.

"We developed the carrier in cooperation with the Israel Defense Forces (IDF), and already see interest being expressed among additional armed forces around the world."

According to the company, the lightweight and flexible system replaces the tactical and ballistic gear of the infantry soldier, enhancing their operational capabilities to accomplish their missions.

Featuring a flexible hinge to transfer the weight of the load directly from the shoulders to the waist belt, the system frees the soldier from the pressure on his shoulders and arms in combat zone.

"The most important function is to enable soldiers to properly perform their missions."

Also present is a strapping system to enable quick and easy adjustment to the soldier's height and build, which will remain intact even during extended missions.

The system is capable of carrying heavy weight on top of any tactical vest, ranging from hard ballistic panels to a full water bladder, simultaneously maintaining proper weight distribution on the soldiers' body in standing, running, lying down, and kneeling positions.

Up to 320lb of equipment can be efficiently carried by the system, which can either be used as a general purpose frame with straps for quick connection of any kind of equipment, or integrated into any designated carrier system, with full compatibility.