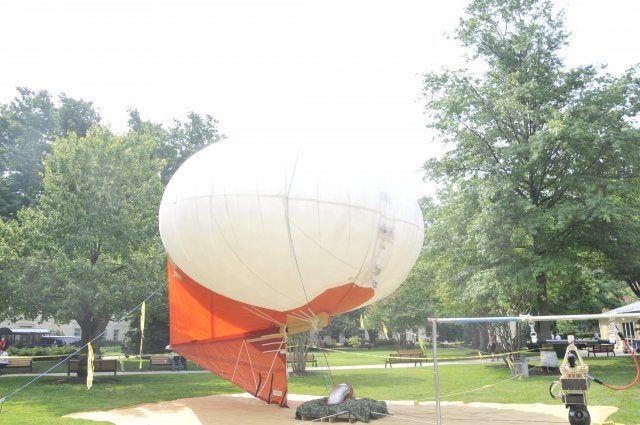 Delivered in support of the small tactical multi-payload aerostat system (STMPAS), the sub-systems were designed, engineered and manufactured by LTAS under contract by Georgia Tech Research Institute.

WSGI president and CEO Glenn D. Estrella said that LTAS, along with the REF and the army, was involved in supplying critical products that support the troops carrying out missions at home and overseas.

The sub-systems have been engineered to help reduce maintenance and overall operation costs, lessen footprint for operations, minimise operators necessary to manage the aerostat, decrease time for inflation/deflation, quick launch and recovery, and a simplified process.

“The sub-systems have been engineered to help reduce maintenance and overall operation costs."

Larger than the Blimp in a Box, the STMPAS tactical aerostat system is used to provide intelligence, surveillance, and reconnaissance (ISR) capabilities for small tactical units in Afghanistan and other locations.

Hovering 500ft above the ground, STMPAS provides video surveillance to help the US Army detect improvised explosive devices and other threats.

Intended to rapidly accelerate mission capability, the REF seeks to equip operational commanders with off-the-shelf government or commercial solutions or near-term developmental items that can be quickly researched, developed and acquired to reduce risk to soldiers.