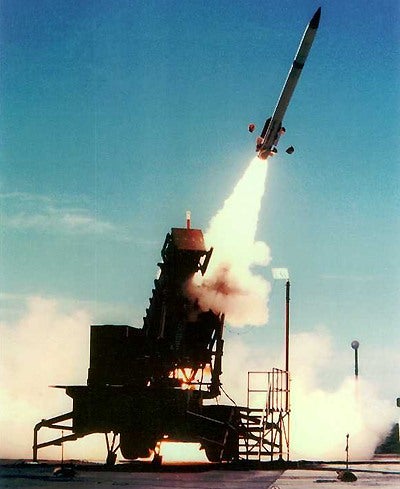 The TBM target was intercepted by the first PAC-3 MSE interceptor, while the second missile self-destructed as planned during the test firing at White Sands Missile Range in New Mexico, US.

During testing, the missile performed an over-the-shoulder manoeuvre to intercept the target attacking from behind the MEADS emplacement.

The upgrades include integration of the Patriot system with a PAC-3 missile, PAC-3 missile canisters in four packs, a fire solution computer, as well as an enhanced launcher electronics system (ELES) for enhanced performance, greater altitude and operational range.

Image: The PAC-3 will feature a Ka-band millimetre wave seeker.