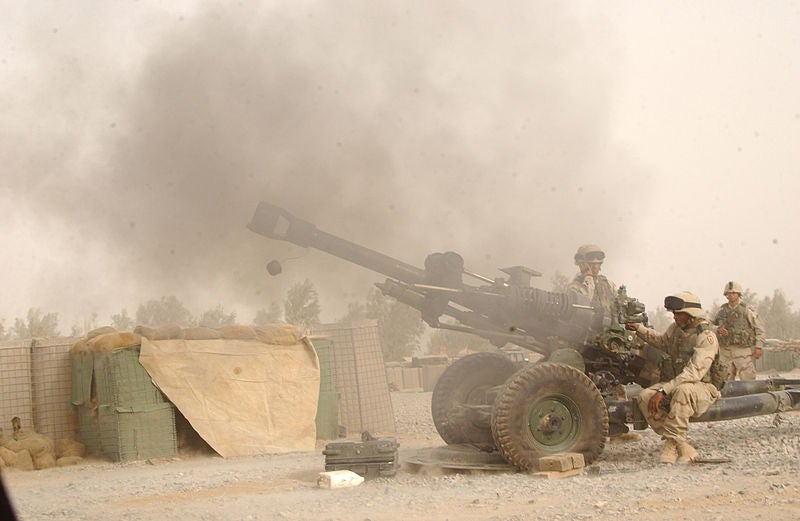 KVH Industries has been awarded a contract for the delivery of its TACNAV universal multilingual display (UMD) system to the US Army, which will be used for the gunners display on its M119 self-propelled howitzer.

The initial $1.3m award is part of a five-year indefinite delivery-indefinite quantity (IDIQ) contract, with a maximum potential value of $2.8m.

KVH's military sales manager Bill Houtz said that the TACNAV UMD system would deliver instant information to the gunner in an easy-to-view and understand format.

''This incredibly durable display was designed to perform in all weather conditions, from bright sunlight to blackout conditions where night vision is typically used,'' Houtz added.

''Easy-to-read position information from the M119 howitzer's fire control system will be available to gunners at all times via the TACNAV UMD, ensuring that they can carry out their fire missions safely and efficiently.''

Deliveries under the contract are scheduled to start in the second half of this year.

''Easy-to-read position information from the M119 howitzer's fire control system will be available to gunners at all times via the TACNAV UMD, ensuring that they can carry out their fire missions safely and efficiently."

The system provides an active dot-matrix design and display easy-to-understand icons, messages and pop-up menus that can be configured to deliver specific user data in all weather conditions, enabling operators to efficiently complete their missions.

More than 13,000 TACNAV systems are currently in use aboard the US Army's M2A2 ODS Bradley infantry fighting vehicle (IFV), US Southern Command's (USSOCOM) high-mobility multipurpose wheeled vehicle (HMMWV), as well as other allied military vehicles worldwide.

The M119 howitzer is a lightweight 105mm howitzer used by the US Army to provide destructive, suppressive, protective indirect and direct field artillery fire to light, airborne and air assault forces during combined arms operations.

Image: The US Army soldiers conduct an artillery fire from M119 howitzer at Kandahar Airfield in Afghanistan. Photo: courtesy of Malarz pl.