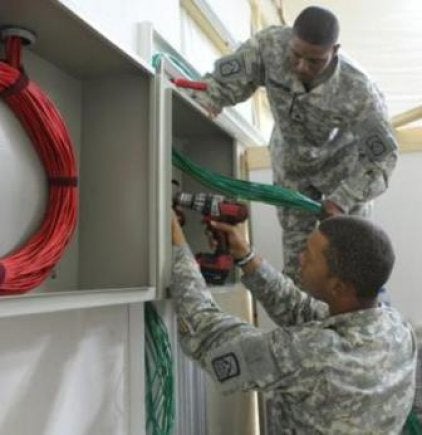 ITT Exelis has received a contract for delivery of information technology (IT) operations and maintenance support services for the US Army’s critical networks in South West and Central Asia.

Awarded by the Army Contracting Command (ACC), the Operations, Maintenance and Defense of Army Communications in South West Asia and Central Asia (OMDAC-SWACA) contract features a phase-in period, a base performance period, two one-year options, two one-year award terms, and a maximum potential value of $788m if all options are exercised.

"It’s a testament of customer confidence in Exelis performance and our position as a leader in managing and protecting critical networks around the world," Hunzeker said.

Under the contract, the company will deliver IT operations and maintenance support for the army’s Network Enterprise Technology Command’s (NETCOM) 160th Signal Brigade, and its subordinate units deployed in South West and Central Asia.

Contract work is scheduled to be carried out at multiple locations throughout the regions by the company’s OMDAC-SWACA programme management office based in Kuwait.

"The company will deliver IT operations and maintenance support for the army’s NETCOM 160th Signal Brigade."

ITT Exelis has been supporting the OMDAC-SWACA contract since 2005.

Headquartered at Camp Arifjan in Kuwait, the 160th Signal Brigade is responsible for engineering, installation, operation and maintenance of the army theatre enterprise infrastructure in support CENTCOM combatant, non-combatant, coalition, and allied forces, as well as other US Government agencies throughout South West Asia.