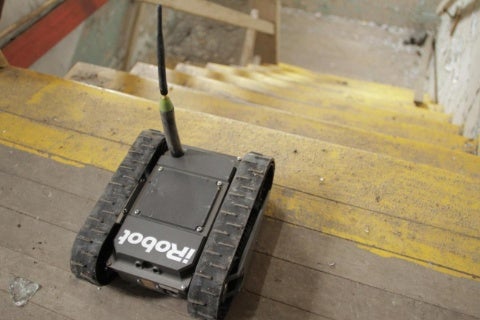 iRobot has been awarded a contract for the delivery of its 110 FirstLook throwable unmanned ground vehicles (UGVs) to the US Joint Improvised Explosive Device Defeat Organisation (JIEDDO).

"iRobot has received very positive feedback from the field about FirstLook's capabilities, and we are excited about the advantages this game-changing robot will provide to our troops, " Trainer added.

The 110 FirstLook is a small, throwable robot that provides dismounted troops with hasty situational awareness by relaying videos from confined spaces, tunnels and other potentially dangerous locations.

Weighing less than 5lb, the 110 FirstLook is ideally suited for a wide range of infantry and special operations missions, including building raids and other close-in scenarios.

FirstLook robot, introduced in 2011, is engineered to survive drops from up to 15ft onto concrete and climbs steps up to 8 inches high, overcomes curbs and other obstacles, turns in place and self-rights when flipped over.

Deliveries of more than 100 robots under the $1.5m contract have been completed and the robots are scheduled to undergo an operational assessment in late 2012.