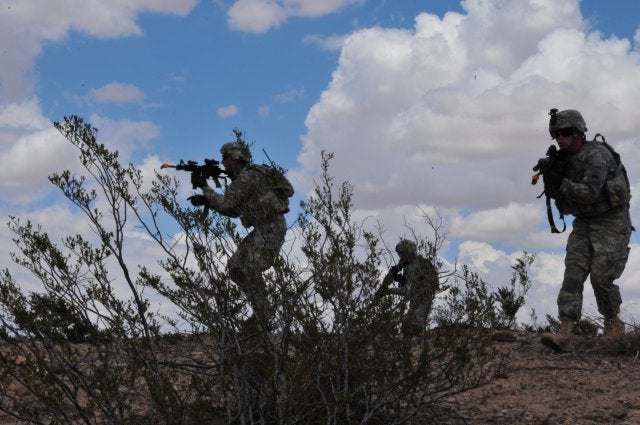 Harris has launched a new Falcon Wideband Team Radio, RF-330E, in response to the US Army's request for non-developmental solutions capable of addressing requirements of its Rifleman and NettWarrior (NW) radio programmes.

Manufactured under the company's commercial business model, the lightweight and wireless RF-330E radio is designed to facilitate command and control by networking frontline soldiers to the tactical internet in 225MHz to 2GHz frequency range in the battlefield.

"We are investing in solutions for next-generation manpacks and vehicular wideband radios using this same commercially oriented business model."

"We are investing in solutions for next-generation manpacks and vehicular wideband radios using this same commercially oriented business model, which is proven to deliver continuous innovation across our entire tactical radio portfolio," Helm added.

The non-cryptographically controlled radio meets the Type-1 secret and below information security requirements and uses the same battery and charging systems as the Harris Falcon III AN/PRC-152A, reducing a soldier's logistical burden and sustainment costs.

Leveraging the company's expertise as a tactical radio provider to the US Department of Defense (DoD), RF-330E radio also take advantage of a wide range of related accessories.

The radio has already demonstrated its capabilities in a configuration supporting the Army NettWarrior end-user device during the recently concluded Army Expeditionary Warfighting Experiment at Fort Benning in Georgia, US.

20 Oct 2020
Registration is disabled.
We use cookies to ensure that we give you the best experience on our website. If you continue to use this site we will assume that you are happy with it.ContinueLearn more