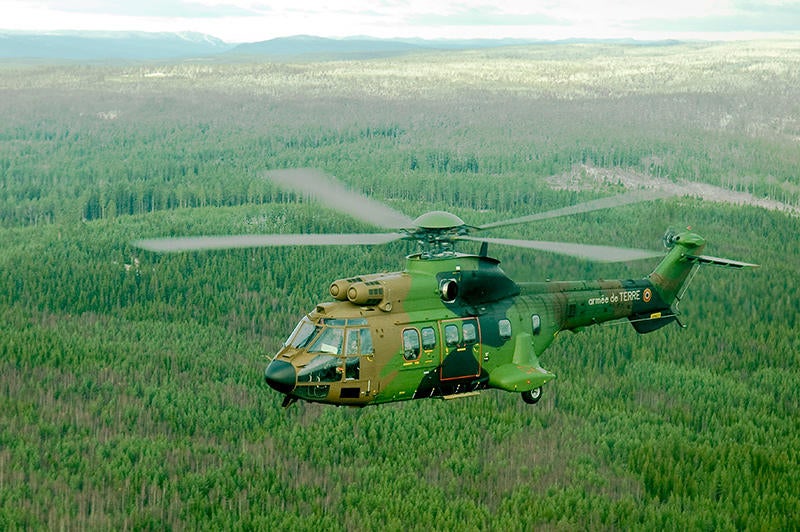 EVTO will be conducted for four months to validate the new systems, which will eventually be integrated into the Light Army Aviation’s (ALAT) entire fleet of 20 cougar helicopters.

A total of seven helicopters are being retrofitted by Eurocopter under a contract received from the French defence procurement agency, Direction Generale de l’Armement (DGA) in October 2011.

Awarded within the framework of a previous €220m deal signed between the company and DGA in January 2008, the contract seeks to modernise the French Armed Forces’ entire Cougar helicopter fleet.

The upgraded aircraft feature enhanced avionics, to make them compliant with European standards for general air traffic and flight with the electro-optical sensor (SEO).

"A total of seven helicopters are being retrofitted by Eurocopter under a contract received from the French defence procurement agency."

Additional systems include modernised self-defence equipment to improve responses to emerging anti-aircraft threats, as well as an information system terminal for the ALAT.

Out of the seven upgraded Cougars, six will be delivered to the army, with the remaining aircraft operated by the French Air Force.

Powered by two Turbomeca Makila 1A2 engines, the AS532 Cougar is a medium-weight multipurpose helicopter primarily designed for tactical troop transport missions during day and night.

The Cougar is an upgraded variant of the SA 330 Puma helicopter, and can also be configured to perform search-and-rescue missions in conflict locations or disaster relief efforts in affected areas.

Eurocopter is scheduled to hand over the remaining six helicopters for pilot training by the end of 2012.

Image: The French Army’s upgraded AS532 Cougar helicopter during its flight. Photo: courtesy of COMALAT Army 2012.