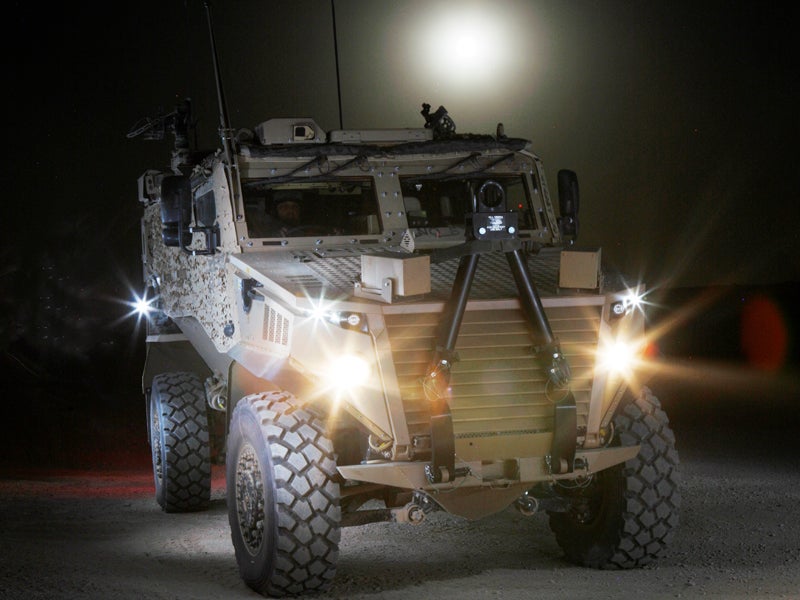 Announced by Dunne during his visit to GDLS-FPE’s spares facility in Telford, the contract is valued at £46m, and covers production and delivery of 51 more Foxhounds for use by UK Army soldiers in Afghanistan.

Dunne said the investment demonstrates the ministry’s commitment to deliver growth and sustain jobs in the West Midlands industrial base.

"Balancing the MOD’s budget means we can now confidently invest in equipment like Foxhound, which has the flexibility and adaptability to operate in a wide variety of environments, providing capability for the Army well into the future,” Dunne added.

Speaking about the Telford facility, which manufactures spares for the Foxhound vehicle, Dunne said the facility takes only 40 months for Foxhound development, ensuring quick deployment of the vehicles to Afghanistan to safeguard civilians.

The latest contract forms a part of an overall £340m investment made by the MoD in Foxhound since November 2010, and brings the number of vehicles ordered to date to more than 370.

The first batch of Foxhounds was shipped to Afghanistan in June 2012 and is currently being used by soldiers operating in mentoring and partnering roles with the Afghan National Security Forces (ANSF) in Helmand province.

Powered by a Steyr M16-Monoblock diesel engine, the Foxhound is a 4×4 highly armoured vehicle, designed and built specifically to protect British troops against a wide range of improvised explosive device (IED) attacks in the battlefield.

The vehicle is lighter and smaller when compared with the Army’s Mastiff and Ridgback protected patrol vehicles, and features V-hull blast-protection technology, a modular demountable protected crew pod, as well as Formula One technology to offer speeds of up to 70mph.