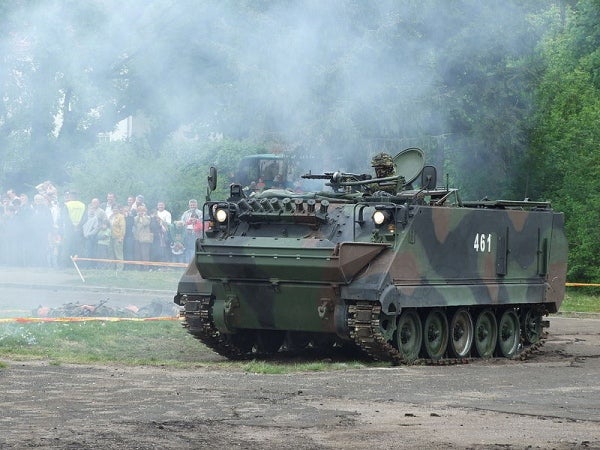 A request for information (RFI) was floated by the MoD in May 2011 to manufacturers for the procurement of approximately 360 vehicles in six different configurations under a track versus wheel vehicles competition.

The configurations included an infantry, command and control, ambulance, mortar, as well as engineering and mechanical variants.

"The winning manufacturer is expected to be under contract by the end of 2013."

Companies bidding for the contract include BAE Systems Hagglunds, which proposed Armadillo variant of its CV90 tracked vehicle, FFG Flensburger, Rheinmetall Landsysteme and the Santa Barbara subsidiary of General Dynamics European Land Systems (GDELS), according to a statement by the procurement arm of the MoD.

The statement added that ARTEC, Nexter, Patria and the Mowag subsidiary of GDELS have proposed wheeled vehicles and provided no additional information on the type of vehicles.

The MoD is expected to down-select a number of contenders in the next few months, prior to the scheduled starting of vehicle trials in Denmark in March 2013.

Undisclosed Danish industry officials were cited by Defense News as saying that they expected the winning manufacturer to be under contract by the end of next year.

Manufactured by BAE Systems, the M113 is a fully-tracked APC capable of conducting amphibious operation, extended cross-country travel over rough terrain and high-speed operation on improved roads and highways.

Image: The M113 mortar carrier of the US Army put on display during an event. Photo: courtesy of Vytauto.

Future of the Norwegian Defense Industry - Market Attractiveness, Competitive Landscape and Forecasts to 2023