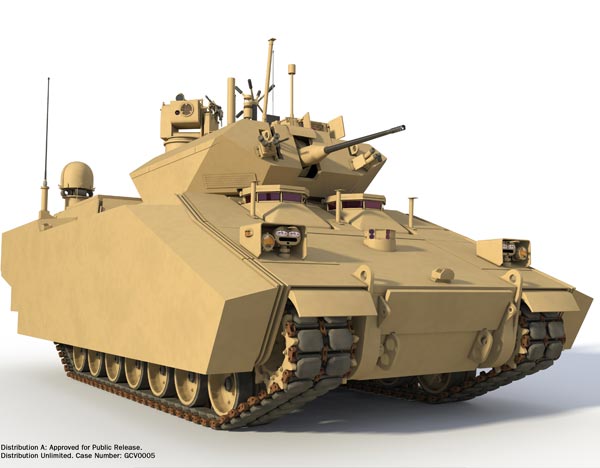 Northrop Grumman has awarded a contract to Curtiss-Wright for supply of open architecture mission computer and network switch subsystems for installation in the US Army’s ground combat vehicle (GCV) infantry fighting vehicle (IFV).

The $2.5m award represents initial instalment under the contract, which is expected to have a maximum potential value in excess of $250m over the production phase of the GCV programme that is due to start in 2018.

Curtiss-Wright chairman and CEO Martin Benante said the award marks the company’s first contract on the army’s next-generation hybrid electric drive powered ground vehicle and also provides an indication of the value of its technology.

The company’s mission computer features four commercial off-the-shelf (COTS) single board computers in a rugged chassis, which can remain cool in excess of 250W of heat without requiring fans, liquid cooling, or conditioned base plate, increasing suitability for ground vehicles.

Using the company’s component packaging and thermal dissipation experience, the low-cost, rugged network switch is designed to provide a network for communications between the mission computer and other devices within the vehicle.

"Deliveries started during the first quarter of 2012 and are scheduled to continue throughout 2013."

The Northrop-Bae Systems team is currently working on a 24-month technology development (TD) phase of the GCV programme under a $449.9m contract awarded by the army in August 2011.

Contracted manufacturing work is carried out at the company’s facility in Santa Clarita, California, US, and the products are subsequently shipped to Northrop’s site in Huntsville, Alabama.

Deliveries started during the first quarter of 2012 and are scheduled to continue throughout 2013.

The $40bn GCV IFV programme aims at developing a vehicle that can carry a nine-man infantry team with increased protection against improvised explosive devices (IEDs) and modern warfare threats.