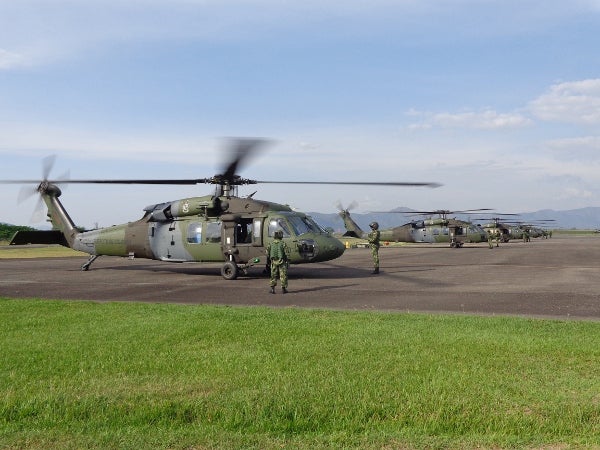 The Colombian Army has inducted five new Sikorsky-built S-70i Black Hawk multi-mission helicopters into operational service during a ceremony at the Army Special Operation Aviation Military base in Tolemaida, Colombia.

Making Colombia the first South American buyer of the S-70i Black Hawk, the new helicopters will join a fleet of 96 UH-60L aicra currently operational with the Colombian Army, Air Force and national police.

Prior to delivery, Sikorsky also provided aircraft familiarisation training to the Colombian team, in addition to graduating instructor pilots and maintainers to train other personnel in their unit at its facility in Connecticut, US.

"The S-70Ai is an export version of UH-60 Black Hawk and can be easily configured to suit specific mission requirements."

The Colombian S-70i features a digital cockpit, advanced avionics, as well as a dual GPS/INS system with a digital map that is capable of offering accurate navigation and improved situational awareness.

Qualified as a launch platform for the laser-guided Hellfire anti-armour missiles, the helicopter is also equipped with a voice and data communications suite, an identification friend or foe (IFF) transponder, secure voice communications, satellite communications and an intercom system.