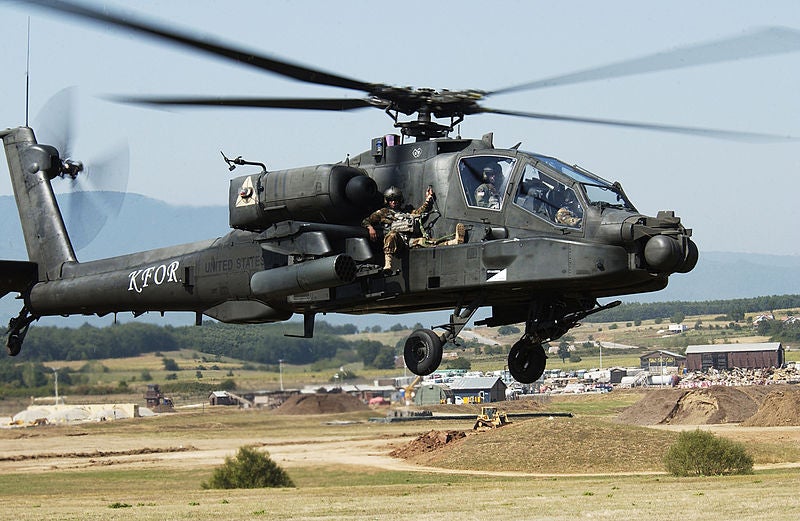 Cobham has secured a contract to modernise the nitrogen inerting units (NIUs) installed onboard the US military’s AH-64 Apache attack helicopter fleet.

Awarded by the US Defense Logistics Agency (DLA), the $7.1m contract covers overhaul and upgrade of unspecified Niu systems.

The company was also awarded a five year, $15m indefinite delivery, indefinite quantity contract by the DLA for production and supply of onboard inert gas generating system (OBIGGS) NIUs for installation on the US Army’s AH-64 Apache helicopters in September 2012.

The OBIGGS are autonomous systems, designed to enhance the aircraft’s safety by displacing fuel tank vapours with inert nitrogen gas, eventually lowering the associated risk of fire or explosion.

Equipped with a filtration chain, pressure and temperature controller, as well as oxygen sensor and air separation modules, the system facilitates production and flow of nitrogen enriched air (NEA) that replaces oxygen present in the fuel tank, keeping the vapours non-flammable.

Having logged over six million flight hours in service with 12 foreign customers, the OBIGGS systems can also be modified to address a wide range of applications.

Besides supplying NIUs for more than 1,500 Apache helicopters worldwide, Cobham has also delivered OBIGGS for over 2,400 aircraft, including the military C-17 Globemaster and the Boeing 787 Dreamliner since 1985.

Contract work is scheduled to be carried out by Cobham Life Support at its facility in Davenport, Iowa, US, beginning in 2013.