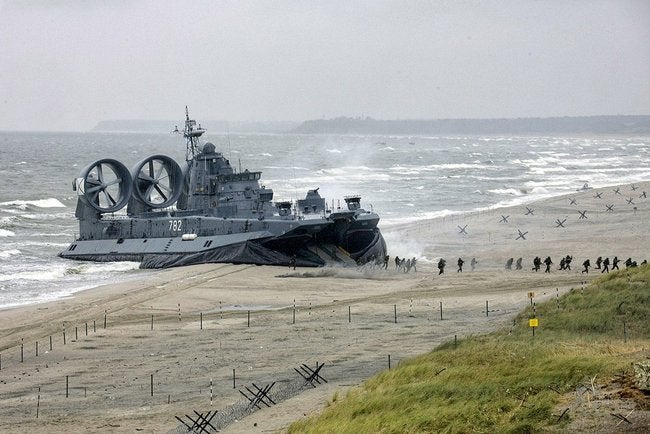 Belarus and Russian armies have started preparations for the forthcoming strategic army exercise, Zapad-2013, which is scheduled to be carried out at six firing ranges in Belarus and in Kaliningrad Oblast, Russia.

Having discussed preparations for the exercise, the armies will now conduct reconnaissance of the areas where the drill will take place, refine the order of practical actions to be performed by the troops and agree all the aspects of support for the exercise participants, Belarusin Telegraph Agency (BelTA) reports.

Scheduled to take place from 20 to 26 September, the exercise will involve participation from around 12,900 military personnel, including over 10,000 Belarusian and 2,500 Russian soldiers.

Equipment will include approximately 350 armoured vehicles, comprising of 70 main battle tanks (MBTs), more than 50 artillery units and multiple launch rocket systems (MLRS), as well as more than 50 aircraft and helicopters.

"The exercise will involve participation from around 12,900 military personnel."

Also known as West 2013, the exercise will also feature latest defence products, some of which have already been inducted into the Belarusian army’s operational service, whereas others are yet to clear final tests.

While in Russia, the Belarusian contingent will be represented by 200 personnel from the 103rd independent mobile brigade.

Belarusian defence minister, Yuri Zhadobin, has earlier told the news agency that the two phase exercise confirms Belarus’ policy aimed at building up the regional security and adherence to allied commitments with Russia.

”During the first phase, the united command of the regional military taskforce is supposed to plan the application of the troops, troops management during deployment, isolation of areas where illegal armed units operate, the build up of air force and air defence units for protecting major state and military installations,” Zhadobin said.

”In the second phase, we plan to practice troops management during military operations designed to stabilise the situation for the sake of ensuring the military security of the union state.”

The Military Simulation and Virtual Training Market in Russia to 2025: Market Brief

The Military Infrastructure and Logistics Market in Russia to 2024: Market Brief

The Soldier Modernization Market in Russia to 2025: Market Brief