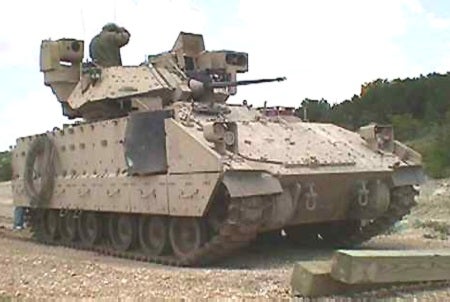 SSI Technology has awarded a contract to BAE Systems for the supply of additional advanced survivability seats for the US Army's Bradley Fighting Vehicles in support of the Bradley Advanced Survivability Seats Driver programme.

Delivered under a $10.8m contract, the seats will be applied to a portion of the Army's Bradley Urban Survivability Kit (BUSK) programme, which aims to provide a series of rapid survivability improvements to vehicles currently deployed.

The seats, also called the Survivor Post Mount 1000 and Survivor Modular Troop 3000, feature an energy-absorbing technology to protect soldiers from potential spinal injuries in cases where vehicles are hit with improvised explosive devices (IEDs) and other threats on the battlefield.

Manufacturing work will be performed at the company's facility in Phoenix, Arizona, US with deliveries scheduled to commence in May 2012 followed by completion in June 2013.

The company has delivered more than 1,900 Bradley seats to the army since 2009.