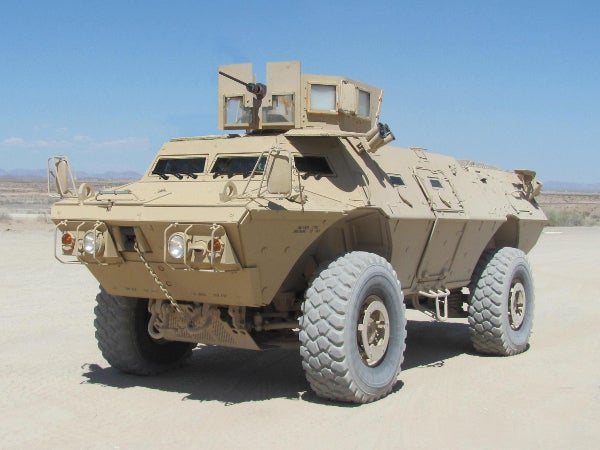 Awarded by the US Army Contracting Command (ACC), the $113.4m firm-fixed-price contract foreign military sales (FMS) contract covers production and delivery of additional 135 MSFVs, bringing the total number of vehicles ordered to date by the army to 634.

The vehicles will be provided in three armoured variants, which include an MSFV with enclosed turret, MSFV with Objective Gunner’s protection kit and an MSFV ambulance.

TM&ls senior vice president and general manager Tom Walmsley said: "These vehicles deliver a combination of lethality, survivability, mobility and sustainability crucial to the army’s ability to effectively respond to security threats and maintain the peace."

Commenting on the vehicle during the International Armoured Vehicles Conference in Farnborough, UK, ANA chief of general staff general Sher Mohammad Karimi said that the MFSV had been ‘significantly upgraded from the original design to make it more survivable in the IED environment’.

"These vehicles deliver a combination of lethality, survivability, mobility and sustainability crucial to the army’s ability to effectively respond to security threats and maintain the peace."

Based on the M1117 Guardian armoured security vehicle (ASV), the MSFV is an armoured 4×4 configured with enhanced survivability (ES) capabilities, and other innovative protection design features, which improves blast protection to mine-resistant, ambush-protected (MRAP) levels.

So far, more than 300 vehicles have been delivered by the company to ANA since securing the MFSV full-rate production contract in May 2011.

The vehicles are currently serving either in operations with ANA battalions, also called kandaks, or deployed as part of a comprehensive in-country vehicle logistics support and operator training programme.

Manufacturing work under the contract is scheduled to be carried out at the company’s facilities in the New Orleans, US, with vehicle deliveries set to take place through February 2014.