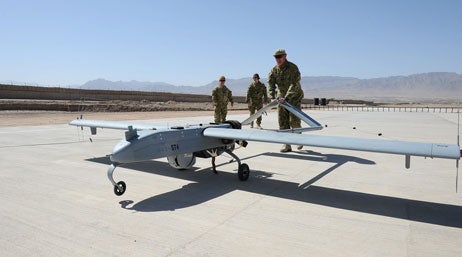 Under the terms of $7.2m deal, Aerosonde will deliver training to Shadow 200 system’s operators and maintainers for the next five years.

Aerosonde, an Australia-based subsidiary of AAI, will initially train three instructors, followed by the full contracted requirement of six, as the training progresses.

Australian Defence Materiel minister Jason Clare said: "This contract means we will now be able to train our soldiers to use the Shadow 200 right here in Australia."

Manufactured by AAI, the RQ-7 Shadow 200 is an unmanned aerial vehicle (UAV) used for intelligence, surveillance, target acquisition, and reconnaissance (ISTAR), as well as damage assessment in the battlefield.

"This contract means we will now be able to train our soldiers to use the Shadow 200 right here in Australia."

Comprising five aircraft, ground control stations (GCS), a launch and recovery element, in addition to associated equipment, logistics and training, the system captures surveillance footage during night and day that can be transmitted in near-real-time to a GCS located up to 125km away.

First used by the US Army and Marine Corps in Iraq, the system is also capable of recognising targets on the ground and operates at an altitude of up to 8,000ft and at a slant range of 3.5km.

Two Shadow 200 TUAS were acquired by Australia under the US foreign military sales (FMS) programme through joint project 129 (Phase 2) at a total acquisition cost of more than A$90m ($94.8m) to support ADF operations in Afghanistan.

The first TUAS has been operational since August 2011, while the second was deployed in Afghanistan in the first half of 2012, almost one year ahead of the original schedule.

Training using the second Shadow system is scheduled to start in Queensland, Australia, in April 2013.