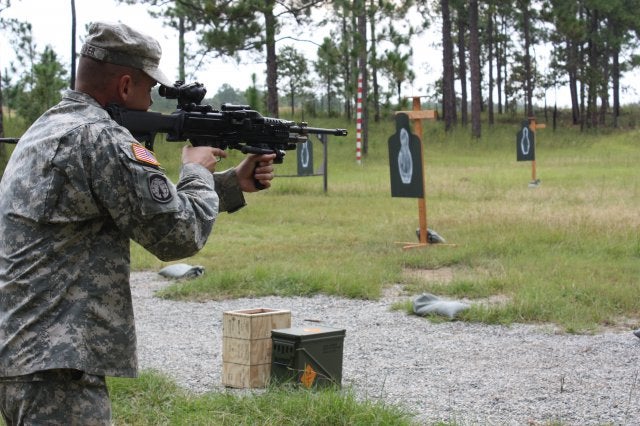 Textron Systems subsidiary, AAI has secured a contract to continue development of both its caseless and cased-telescoped lightweight small arms technologies (LSAT) for the US military.

The company will specifically refine LSAT 5.56mm ammunition for a US Army live fire experiment, enhance propellant and ignition formulations of prototype 5.56mm caseless ammunition, in addition to extending cased-telescoped ammunition technologies to a 7.62mm cartridge.

AAI programme manager Paul Shipley said, "The LSAT programme team has made significant advances, and this is the next step towards delivering a scalable, affordable family of lightweight weapons and ammunition."

"The upgraded LSAT 5.56mm system is scheduled to be evaluated during the army’s dismounted non-networked experiment."

The initiative is jointly pursued by the army’s Armament Research, Development and Engineering Center (ARDEC) and the Office of Naval Research (ONR).

The upgraded LSAT 5.56mm system is scheduled to be evaluated during the army’s dismounted non-networked experiment (DNNE), which will be held at the Maneuver Battle Lab at Fort Benning in Georgia, US, this month.

According to the company, the 7.62mm cased-telescoped cartridge will feature mature lightweight ammunition technologies that have successfully been demonstrated in the 5.56mm LSAT cartridge.

Capable of offering up to a 50% reduction in weight compared to the US military’s existing M249 machine gun and M855 brass cased ammunition, the company’s prototype cased telescoped LMG has already been demonstrated at Technology Readiness Level 7.

Fitted with a quick-change 12in barrel and a folding buttstock, a compact LSAT LMG variant developed for close quarters applications was also evaluated by the Army Special Operations Command in 2012.

Work under the contract is scheduled to be carried out across a one-year period by the AAI-led team, comprising Alliant Techsystems (ATK), Veritay Technology and St. Marks Powder, a General Dynamics (GD) company.

Image: A US soldier engages a close range target with AAI’s light machine at Fort Benning in Georgia, US. Photo: courtesy of Eric Kowal, RDECOM.