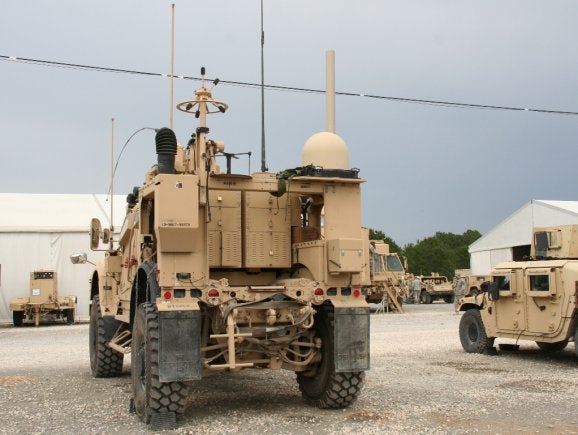 General Dynamics C4 Systems (GDC4S) has been awarded a contract to deliver the next batch of warfighter information network-tactical increment 2 (WIN-T Inc 2) systems to US Army brigade combat teams and division headquarters units.

The $111m contract extension follows the Department of Defense’s (Dod) authorisation and builds on the success achieved by the network during its first deployment in Afghanistan in 2012.

A central component of the army’s existing and future capability sets, the WIN-T Inc 2 is designated as the army’s mobile battlefield network at the company level and above, and provides combatant commanders with situational awareness and the ability to command from anywhere on the battlefield.

General Dynamics C4 Systems president Chris Marzilli said that the contract ensures continuation of the work of fielding the WIN-T Inc 2 system to soldiers throughout the army, reserves and national guard.

"Without WIN-T Inc 2, soldiers simply do not have the communications capabilities this technology provides," he said. "We look forward to working with the army to complete the production of its on-the-move network."

Using proven commercial and government technology, the node brings the on-the-move capability down to the company level for manoeuvre brigades, and also enables users to achieve end-to-end connectivity and dynamic networking operations.

Commenting on the system’s first combat deployment in Afghanistan, 4/10 communications officer major Gary Pickens said: "The enhanced situational awareness given to us by this suite of technology has allowed us to maintain a digital guardian angel as we conduct our advising duties and missions.”

the WIN-T Inc 2 system is manufactured at the company’s facility in Taunton, Massachusetts, US.

The Military Infrastructure and Logistics Market in the United States to 2024: Market Brief