Verdict has conducted a poll to assess whether investment on loitering munitions will reduce expenditure for other weapon types. 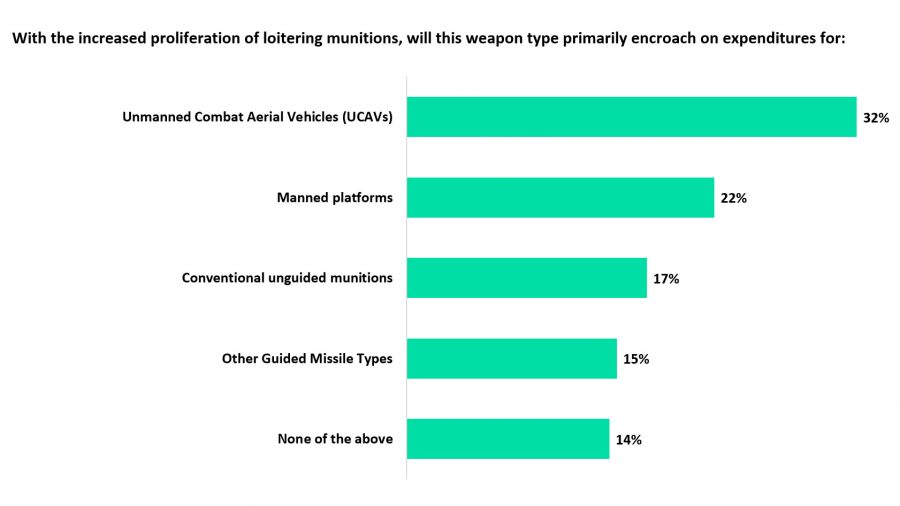 A minority of 15% of the respondents voted that expenditure on other guided missile types will reduce, while the remaining 14% opined that investment on loitering munitions will not reduce expenditure for other weapon types.

The analysis is based on 188 responses received from the readers of Verdict’s defence sites Airforce Technology, Army Technology and Naval Technology between 07 October and 14 December 2020.

Increased use of loitering munitions in combat operations

Originally developed to target radar installations and mobile missile launchers, loitering weapon systems are increasingly being deployed for infantry use. A number of countries are acquiring loitering munitions due to their unique capabilities such as improved precision and cost effectiveness compared to other guided weapon systems.

The armed forces of the Middle East countries such as Turkey, Israel and Iran have emerged as the leading users of these loitering munitions that are often referred to as suicide or kamikaze drones. Loitering weapons are capable of tracking targets for extended periods of time, while providing the option of cancelling an attack mid-flight compared to rockets, mortars and missiles.