Is the US military machine losing its innovation edge to China?
Menu

Innovation has been central to the US war machine since the end of WWII, and, by implication, to the success of the rules-based system that has governed international relations over the same period too. American advances in nuclear weapons technology in the 1950s made possible the ‘first offset strategy’ nullifying the Soviet superiority in conventional numbers, and when Moscow narrowed the gap, heavy ‘second offset’ investment in emerging stealth and smart weapons technologies ensured the US lead remained through the 80s and 90s.

But what of the decades since?

US Secretary of Defense James  Mattis, warned in his speech at John Hopkins School of Advanced International Studies on 19th January, “our competitive edge has eroded in every domain of warfare, air, land, sea, space and cyberspace, and it is continuing to erode.” There is a growing consensus that the once-unassailable US technological advantage is fast fading, and might even soon be ceded to one of its rivals, probably China, in the course of renewed competition between ‘Great Powers’, the like of which the world has not seen for over half a century.

On the face of it, it is hard to see why. The US has certainly not become any less innovative or technologically capable than either Russia or China; current Defense News data shows that the United States is home to no fewer than 15 of the world’s top 25 defence contractors, and according to Forbes, exactly the same holds true for technology companies too. The talent is evidently there – but this is a game as much about focus as capability, and US attention has been distracted.

An era of distraction: the demands of asymmetric warfare

In fairness, the Twin Towers was hardly an event to be simply ignored, but in launching its ‘War on Terror’, Washington suddenly and dramatically shifted focus onto a very different kind of adversary and the new and immediate demands of asymmetric warfare and counter-insurgency.

“In launching its ‘War on Terror’, Washington shifted focus onto a very different kind of adversary.”

At the same time ‘second offset’ technologies were proliferating around the world, resources that would otherwise have been allocated towards developing and cementing ‘third offset’ weapons, and capabilities to maintain military dominance, were instead expended in Iraq and Afghanistan.

While the US focused on dismantling the terrorists’ networks, training camps and safe-havens, China steadily ramped up its defence investment and innovation, developing its own systems and technologies to equip its military for the 21st Century, and potentially challenge American hegemony in the Pacific. The irony is that, in many ways, the success of what Eisenhower dubbed the ‘military-industrial complex’, a success that first helped the US to global pre-eminence in the first place, has also brought about its current predicament. Could the model that seemed so right for so long, now be quite wrong?

“We cannot expect success fighting tomorrow’s conflicts with yesterday’s weapons or equipment,” Mattis told his audience at John Hopkins, and yet in essence that is often what the Department of Defense (DOD) does when it comes to technological innovation. The DOD development blueprint was well-honed for the era in which it was devised, but it is now increasingly beginning to look as if it has become outmoded.

Big defence spending throughout the Cold War, followed by the huge consolidation of the US defence sector when both came to an end has left a legacy approach based on rigid requirements, and contracts aimed at the same small number of specialist contractors. In addition, the costs of the programmes are often so high that ‘dream teams’ of prime defence contractors, who should in theory be rivals, band together to bid for Pentagon projects.

There are two big consequences. Firstly, having spent so much on their development and procurement, the resulting systems are almost invariably forced to remain in service for many years, albeit modified and upgraded, irrespective of changing needs and technological advances. Secondly, and ultimately more importantly, competition inevitably suffers, and without the need to compete, there is little incentive to take a risk and innovate. As Eisenhower put it in the same 1961 farewell speech that first introduced the term ‘military-industrial complex’ to the common lexicon, “a government contract becomes virtually a substitute for intellectual curiosity.” 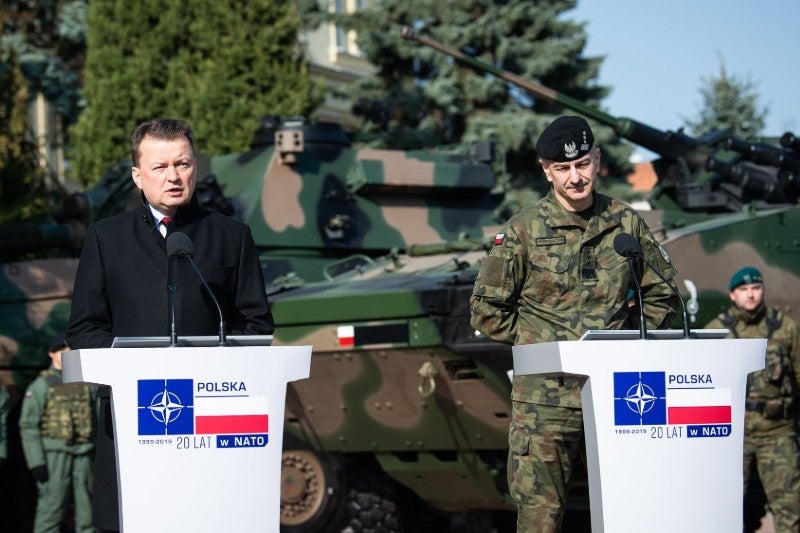 The economic paradox of the innovation deficit

Economic factors play a major role too. While the US has the world’s largest defence expenditure in dollar terms, paradoxically many point to a lack of DOD spending as one of the key reasons for the nation’s growing innovation deficit. An important budgetary trend lies hidden in the high absolute numbers. Since 2009, the US defence spend has fallen from 4.6% of GDP to just 3.3% today, and although the latest figures from the Stockholm International Peace Research Institute  show that this decline has now been reversed, the fact remains that GDP expenditure on R&D is less than half what it was thirty years ago.

For small-to-medium companies in the mid- and lower-tiers of the sector, that generates something of a crisis of commercial confidence when it comes to investing heavily in developing precisely the kinds of technologies that the Pentagon needs for the future. The same is certainly not true in China, where innovation in the industry is booming, creating the ideal conditions to incubate a talent pool for the future that is as competitive as it is inventive. It is hard to imagine that the two things are not related.

However, it would be far too simplistic to suggest that it is simply all about government investment. If technology is to remain at the heart of the oft-quoted US ‘overmatch’, the DOD also needs to address changing marketplace realities and accept that with the huge expansion of global tech firms, defence contracts are now significantly less influential than they once were.

Putting it bluntly, the Pentagon no longer has the deepest pockets in town. In the 2015 study ‘National Security Technology Accelerator: A Plan for Civil-Military Industry Innovation’ from New York University, the authors observed that “the emergence of international commercial and consumer high-tech markets over the past two decades has substantially displaced DOD as the centre of gravity for global R&D activity.” It is for these markets that many of the cutting-edge technologies that the US military may one day come to depend on are being developed, not the traditional defence contract route.

That does not automatically make for a tale of doom and gloom. The DOD has a long history of working successfully with the private sector, and some of today’s most profoundly important technologies, including the internet and GPS navigation, arose directly as a result, while many others have been significantly boosted by defence funded projects.

Nevertheless, as Adam Jay Harrison, the National Security Technology Accelerator director, has pointed out, too many technology businesses – even some that have previously enjoyed DOD support – are now “turning their backs” on the Pentagon. The challenge is to re-forge and reshape the relationship between commercial technology companies and the military to make it fit for this century, not the last.

“One path to more fully align civilian technology opportunities with the Defense enterprise is for DOD to radically rethink its approach to acquisition and industry engagement in a manner that is more consistent with commercial market norms,” the New York University study concludes. If it does not, then the risk of the US losing its long-standing innovative edge becomes very real indeed – and China is waiting.