US Army size: Are they still the most powerful country in the world?
Menu

The US Army size dwarfs that of most other nations and together with the country’s high expenditure on defence makes it a formidable force.

US Secretary of Defense James Mattis recently suggested that the US is falling behind. At John Hopkins School of Advanced International Studies on 19 January,  Mattis stated: “Our competitive edge has eroded in every domain of warfare, air, land, sea, space, and cyberspace, and it is continuing to erode.”

However numerous indicators suggest the US Army is still the most powerful in the world.

US Army size: India and China left behind

On active-duty troops alone, the United States has more than 1.34 million and it holds over 850,000 in reserve.

Not only is the US recognised as the third largest army in the world – only China and India are superior with over 2.18 million and over 1.39 million, respectively – it is considered by many to be the most powerful.

Military budget: Who has the most?

While China and India may have larger armies, the US is by far the biggest spender when it comes to the military. With a mammoth budget of $610bn, not even the duo of China and India are able to compete. China, with $228bn, is the only other country to have a budget over the $100bn mark.

China’s spending has increased considerably more than any other country in recent years. In contrast, the US, UK, and Italy are among the top military spenders that have had a decrease in spending over the past decade.

However, according to the Stockholm International Peace Research Institute, the US bucked a downward trend in 2017, with figures set to show that its spending will continue to rise by the end of 2018. Large sums of money are spent on wages for their workforce, while there have also been developments made on big advancements and innovations.

With a look to the future, it seems the US, under the guidance of Donald Trump, will continue to invest heavily into their military. It has been recently noted that US defence spending could soon surpass $1tn a year as they seek to remain the world’s most dominant force.

The US already holds an impressive list of military land vehicles. After deploying its first Buffalo mine-protected clearance vehicle in Afghanistan back in 2003, the 200th Buffalo vehicle was delivered for operations in theater in 2008. In 2011, between the US Marine Corps Systems Command and the US Army, the nation spent approximately $110m on a further 96 Buffalo. 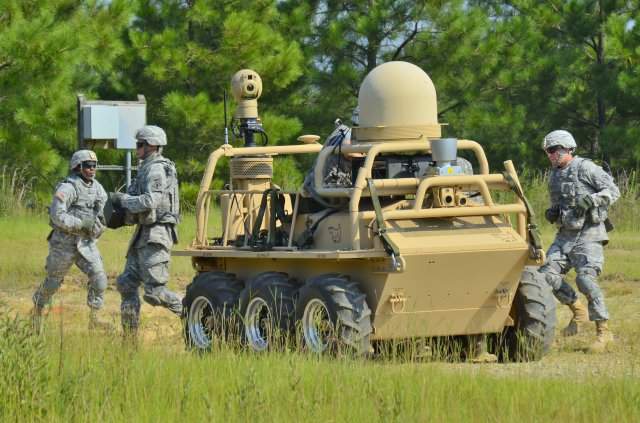 More recently, with Donald Trump seemingly set on revamping the US military,  the budget has allowed the US to secure 90 F-35 Joint Strike Fighter.

Elsewhere in defence, the US has spent huge sums on Littoral Combat Ships, AH-64 Apache Helicopters and Arleigh Burke-class destroyers.

US Army: Budget is telling

The US Army may have regressed at times over the past decade, but when you take into account their army size and overall budget, there seems to be a very clear strategy. For now, the extremely powerful armies of Russia, India, and China will have to get even stronger to challenge the US.