Russian state company Rostec is currently developing a new full-body exoskeleton with advanced military camouflage technology for the Russian Army. As well as providing torso ‘invisibility’, another one of the key features of the Ratnik-3 exoskeleton design is an eyeglass that provides critical reconnaissance information with thermal imaging capabilities, exactly what the US Army is looking to avert.

Across the globe, the US Army is eyeing two new technological breakthroughs to avoid thermal imaging, with the help of US camouflage manufacturer Fibrotex. These are the Ultra-light Camouflage Netting System (ULCANS) and the Improved Ghillie System (IGS).

What can the Ratnik-3 suit do and what technologies could help the US to prevent thermal detection?

Russia’s Ratnik-3 exoskeleton concept, developed in collaboration with Rostec and the University of Science and Technology in Moscow, =employs both a thermal imaging infrared camera built into the helmet that can detect enemy body temperatures, and a protective camouflage technology in the torso that hides the wearer’s thermal signature.

The eyeglass in the helmet works as a display screen which provides all kinds of information including thermal imaging, biological data, interior and exterior temperature and target information.

Meanwhile, protecting the torso is a newly developed material that hides a soldier from infrared imaging by containing all of the soldier’s body heat within the suit. The wearer even has the ability to adjust the inner temperature of the suit to manipulate their thermal signature. Ratnik-3 is designed for extreme temperatures – anywhere from -30°C to 50°C.

“The possibilities of using the coating are much wider.”

The technology was demonstrated at the Army-2018 exhibition in Russia in August 2018.

According to state media outlet TASS, Rostec CEO Sergei Chemezov said at the time: “At the Army-2018 forum, Rostec will demonstrate a prototype of the electrically-controllable material that can change its colour depending on the surface that needs to be camouflaged and on the environment. The coating can reflect colour changes and imitate complex graphical depictions, up to the leaves wavering in the wind.

“But the possibilities of using the coating are much wider. In the future, it may be applied to whatever it is: clothes, arms, combat hardware.” 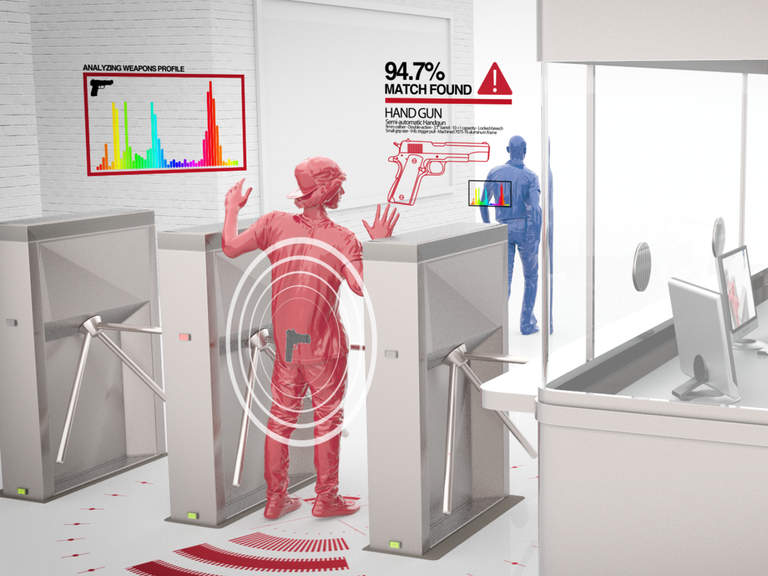 While Ratnik-3 is still under development, the US is looking at similar technologies to protect its own soldiers from the threat of infrared detection.

The first is the Ultra-light Camouflage Netting System (ULCANS) created by Fibrotex.

According to the company, the ULCANS multi-spectrum camouflage provides greater protection from infrared and thermal radars, and comes in a reversible design suitable for woodland, snow and desert environments, blending into the terrain whatever the weather conditions.

“By using [our] camouflage, concealment and deception solutions, we make them undetectable again.”

“Today more than ever military forces and opposition groups are using night vision sensors and thermal devices against our troops,” said Fibrotex CEO Eyal Malleron. “But by using [our] camouflage, concealment and deception solutions, we make them undetectable again; allowing them to continue keeping us safe and save lives.

“The US Army tested our best camouflage solutions and the camouflage repeatedly demonstrated the ability to defeat all sensors known to be operating in the battlefield and throughout the electromagnetic spectrum.”

The second concept, albeit still in its early stages, is the US Army’s Improved Ghillie System (IGS), touted to replace the existing Flame Resistant Ghillie System, designed specifically for the 3,300 snipers across the US Armed Forces.

“The battlefield has changed, and our enemies possess the capabilities that allow them to better spot our snipers.”

Sergeant Bryce Fox, sniper team leader with the 2nd Battalion, 505th Infantry Regiment, told ArmyTimes: “The battlefield has changed, and our enemies possess the capabilities that allow them to better spot our snipers. It’s time for an update to the current system, and I am happy to be a part of the testing.”

The new IGS design is all about getting rid of the army-issued accessories that many US snipers just don’t use, according to ArmyTimes. The idea is to create a much simpler and modular IGS with equipment that snipers want to use.

The IGS project is still in the testing phase and so far lots of variations have been designed by different defence firms.