There were a total of 14,465 nuclear weapons owned by nine countries last year, according to the Stockholm International Peace Research Institute (SIPRI) Yearbook. Of these, 3,750 were deployed with operational forces; and more than half of those were declared ‘in a state of high operational alert’.

US: divided on nuclear modernisation

The US is one of just two states with 92% ownership of the world’s nuclear weapons – the other being Russia. The SIPRI report noted the US had 6,450 nuclear weapons, of which 1,750 were deployed with forces.

Despite recent efforts from some US lawmakers to initiate ‘The No First Use Act’ bill in Congress, the Trump administration is pushing ahead with its large-scale nuclear modernisation programme – the Nuclear Posture Review – which asks for $400bn in funding from the Congressional Budget Office through to 2026 and an estimated $1.2tr-$1.7tr by 2046.

“Between 2014 and 2023, the US Government predicts it will spend around $355bn on modernising its nuclear arsenal.”

VHR defence team account executive Maxwell Davies says: “Between 2014 and 2023, the US Government predicts it will spend around $355bn on modernising its nuclear arsenal. This has had a knock-on effect on all other nuclear powers, driving up production and stoking military tensions, as nobody wants to get left behind.”

The US is developing a next-generation long-range strike bomber, the Northrup Grumman B-21 Raider, which is expected to enter service by the mid-2020s. It is also creating a nuclear air-launched long-range standoff missile, which is set to be deployed by 2030, and a new $100bn ground-based strategic deterrent to replace its Minuteman III system from 2028.

Whether Congress will agree to fund these projects or to a no-first-use policy is yet to be confirmed.

Russia reduced its number of deployed warheads by 300 last year, in accordance with the New START treaty.  Nevertheless, it has initiated its own nuclear modernisation efforts, upgrading nearly all of its Tu-160 bombers and some of its Tu-95s to carry the new Kh-102 nuclear air-launched cruise missile.

Davies says: “Russia is working on enough R-28 Sarmat missiles to destroy every major city in the US. These missiles can fly further and faster than during the Cold War, and have a greater capability for destruction.” 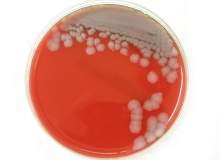 The world’s most dangerous bioweapons

Three of Russia’s new Borei-class ballistic missile submarines are currently operational while five new Borei-A models are scheduled to enter service by 2022.  SIPRI noted that Russia may choose to buy four more Borei-class submarines to keep its fleet a comparable size to the US Navy’s fleet.

China is gradually increasing its stockpile of nuclear warheads, which currently sits at 280. As part of its long-term programme, the Chinese Government has ramped up its policy of assured retaliation, and subsequently been developing more survivable and robust forces.

China currently only has two missiles in its arsenal capable of hitting the continental US. These are the DF-5A and the DF-41 intercontinental ballistic missiles (ICBMs). China has been developing a longer range ICBM, which could reach targets up to 12,000km away.

Despite this, China has remained committed to a no-first-use policy and has pledged to keep its nuclear capability to a minimum level required for national security. It could, however, raise its operational alert status of deployed warheads to ensure a faster response to any provocation.

India’s arsenal of 130-140 nuclear weapons stockpile and infrastructure has been growing in recent years. The Indian defence ministry plans to build six fast breeder nuclear reactors by the mid-2030s, which will allow the nation to produce more plutonium for future nuclear weapons technology.

Pakistan is also developing and deploying an increasing number of future nuclear weapons technology and delivery systems, as part of a ‘full spectrum deterrence posture’ against India. As of 2018, Pakistan was estimated to possess up to 150 nuclear warheads, and its arsenal is likely to expand significantly over the next ten years, according to the SIPRI report.

The Pakistan Air Force’s Mirage III and Mirage V combat aircraft are most likely to have a nuclear delivery system, and the former has been used in developmental test flights for the Ra’ad air-launched cruise missile, while the latter could have a gravity bomb capability.

North Korea sets sights on US and beyond

According to a report from the BBC, North Korea could have long-range nuclear weapons capable of reaching the US mainland.

“North Korea’s missiles are large enough to incorporate decoys, chaff, and other countermeasures.”

North Korea’s Hwasong-14 ICBM, for example, is believed capable of hitting targets up to 10,000km away, which could reach as far as New York. Meanwhile, the Hwasong-15 is capable of reaching an altitude of 4,500km, ten times higher than the International Space Station. At a flatter trajectory, Hwasong-15 could reach up to 13,000km.

“To make matters worse, new technology means missiles can be harder to track and intercept,” says Davies. “North Korea’s missiles are large enough to incorporate decoys, chaff, and other countermeasures that could throw off anti-missile systems. “

However, there are doubts as to whether North Korea has the expertise to deliver such warheads successfully.