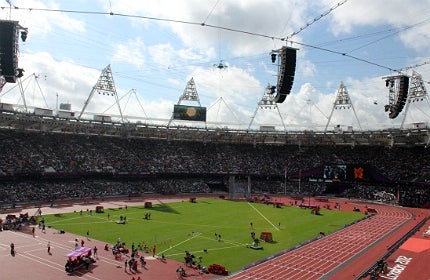 Lockheed Martin and Raytheon both announced contracts to supply ballistic missile defence system components to the UAE and Kuwait respectively, as fears about Iran’s nuclear programme continued to grow.

Whereas Lockheed Martin agreed a $1.96bn deal to supply THAAD interceptors to the UAE, Raytheon completed the upgrade and delivery of the first of six Patriot radar systems to Kuwait.

Elsewhere, the UK Ministry of Defence revealed its second tranche of redundancies, recommended as part of austerity measures highlighted in 2010’s Strategic Defence and Security Review.

Approximately 4,500 jobs are expected to be cut, with The British Army to lose 3,000 personnel, whereas the Raf and Royal Navy will lose 1,000 and 500 respectively.

Budget cuts in the wake of the worldwide economic crisis continued to make headlines, with the Pentagon’s 2013 defence spending plan being met with divided opinions.

Decisions made by Defense Secretary Leon Panetta, including those to reduce troop numbers by 100,000 and close a number of US military bases to reduce the national deficit, were subject to criticism from the Senate Committee on Armed Services’ lawmakers.

Similar controversy was also felt in the UK, as a report published by the Public Accounts Committee found that the UK MoD had been over-optimistic in its planning of the military equipment budget. The report found that the ministry’s 15 most expensive projects had increased in cost by more than £6.1bn since their approval, equivalent to an 11.4% increase.

The US Army’s Joint Light Tactical Vehicle programme, designed to procure a replacement for the aging HMMWVs, progressed with five teams submitting proposals for the 27-month long Engineering and Manufacturing Development phase.

Oshkosh Defense, Navistar and BAE Systems entered, alongside a Lockheed Martin-led team and General Tactical Vehicles; a joint venture between General Dynamics Land Systems and AM General. The eventual contract promises to be highly lucrative, with the US Army planning to procure at least 50,000 vehicles.

In other news, Boston Dynamics’ Cheetah robot established a new robot speed record, topping 18mph on a treadmill in the company’s laboratory.

Cheetah has been developed as part of DARPA’s Maximum Mobility and Manipulation programme, and is designed to operate as a military scout robot, or during civilian search and rescue operations.

North Korea’s controversial rocket launch ended in failure amid international condemnation for what was regarded as a test of long-range missile technology. Having flown for a short amount of time, the rocket crashed into the ocean. Japan and South Korea had threatened to shoot the rocket down if it threatened their territory.

Relations between China and the US did, however, appear to sweeten with the news that both parties had been holding cyber war games, designed to prevent a sudden military escalation in the event of an attack. Exercises included scenarios involving sophisticated computer viruses such as Stuxnet and planned responses.

In other news, the UK MoD revealed its plans to protect the sites of the 2012 Olympic Games through the deployment of missile stations on building rooftops, sparking outrage from nearby residents.

The UK MoD continued its preparations for the London 2012 Olympic Games by testing ground-based air defence missile systems during a large-scale exercise.

The systems were installed at six locations across London to protect the air surrounding the Olympic Park, with Typhoon fighters stationed within scrambling distance to form an outer ring of defence.

Elsewhere, UK Defence Secretary Phillip Hammond announced that the MoD’s budget had been balanced, eliminating a £38bn deficit over ten years. A reserve was also accounted for, meaning planned projects will avoid delays or postponement owing to spiraling costs.

As the situation within Syria spiraled towards a civil war, a number of high-ranking military officials defected to Turkey.

A general, two colonels, two majors and approximately 30 soldiers defected, with Turkey responding vociferously to Syria shooting down a Turkish jet alleged to have encroached on Syrian airspace.

Elsewhere, reports alleged the US to be a key player in secret cyber attacks designed to target Iranian nuclear facilities, after it was revealed the US was likely to have colluded with Israel in the creation of the Stuxnet computer virus.

The blast was linked to simultaneous attacks as part of ‘Operation Volcano’, designed to test the resolve of forces loyal to Assad.

Syria was also hit by the cancellation of contracts that would have seen the country receive Mi-17 helicopters from Russia, which were stopped after the UN Security Council blocked arms trading in the wake of the ongoing crisis.

In other news, the UK was forced to deploy additional troops to ensure national security during the Olympic Games after it was revealed security company G4S had failed to recruit sufficient security guards.

August: US Army awards JLTV EMD contract to AM General

In a relatively quiet month, headlines were made with the controversial awarding of an EMD contract to AM General for the US Army’s JLTV programme, despite not participating in earlier rounds. AM General received a $64.5m contract to deliver 22 Blast Resistant vehicle Off-road (BRV-O) vehicles.

Such was the controversy surrounding the award of an EMD contract to AM General, the US Army was forced to halt its JLTV programme following a protest from Navistar.

Navistar was unsuccessful in its attempt to land a contract, and subsequently filed a complaint to the Government Accountability Office citing dissatisfaction with the programme’s evaluation criteria.

Major headlines were also sparked as news began to circulate regarding discussions between BAE Systems and EADS over a potential merger, which would create the world’s largest defence and aerospace company.

Former UK Defence Secretary Liam Fox heralded such a merger, but warned of the risks of political interference.

A Republican win would have seen an extra $2.2tn pledged towards the US armed forces between 2013 and 2022, a sum far more than the US Department of Defence requested for 2013.

In other news, the much-debated merger between BAE Systems and EADS was cancelled, after it became apparent that political wrangling surrounding stakes owned by the UK, France and Germany could not be resolved.

Israel and Gaza teetered on the brink of war following an escalation in tension in the region, blamed upon a rise in the number of Gazan missiles fired into Israeli territory.

Elsewhere, a Labour Party politician in the UK urged the government to advance talks with China on multilateral nuclear disarmament. Lord Browne of Ladyton said: "We are committed to a world without nuclear weapons, but more needs to be done. We won’t make progress if we don’t take responsibility."

With tensions in Israel easing, December started quietly. A significant point in the development of Australia’s Hawkei protected mobility vehicle was reached, however, with the delivery of the first prototype vehicle to the Australian Army. 2012 saw a further $38m allocated for the development of the vehicle, and the vehicle is expected to attain government approval in 2015.