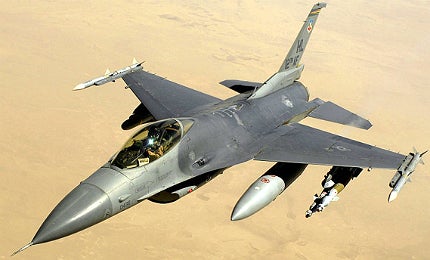 With Saddam Hussein’s regime toppled and the threat of insurgency diminishing, the US completed its withdrawal from active duty in Iraq in December 2011. Since then, a concerted effort has been made from the international community to not only secure the immediate future of the Iraqi population, but also to maintain Iraq’s international sovereignty.

Decimated by the land operations from coalition forces that lead to the overthrowing of Saddam Hussein’s government, the Iraqi Army’s ground forces were in dire need of modernisation. All but four T-55 tanks, recovered from an old army base and placed into service with the Iraq Army’s 1st Division, needed replacing.

Despite initial problems and contract cancellations owing to incomplete paperwork, and the persistent threat of collusion and corruption best exposed by recent contract terminations, the new Iraqi Army is beginning to take shape on the back of a recent spate of contract awards and equipment deliveries.

“All but four T-55 tanks, recovered from an old army base and placed into service with the Iraq Army’s 1st Division, needed replacing.”

Having been used extensively in the country by coalition forces to dispel the Iraqi Army’s fleet of T-72 tanks during the initial invasion, the M1A1 Abrams tank was richly sought after. In March 2009, the US agreed an $860m foreign military sale, under which Iraq would receive 140 M1A1 Abrams tanks to help protect national sovereignty, of which the US paid $54m. The final shipment of nine M1A1s was delivered in September 2012.

Iraq’s armoured corps will not solely be populated by Abrams tanks, after Hungary agreed to donate 77 T-72s in May 2005, with Defense Solutions receiving a $4.5m contract to refurbish them up to operational standards.

In order to compliment the use of battle tanks, the Iraqi Army has also received a substantial number of Armoured Personnel Carriers and combat vehicles from a variety of nations, avoiding becoming exclusively reliant on one particular nation for its defence equipment. As part of the arms deal that saw Iraq acquire Abrams tanks, the US also sanctioned the transfer of 400 Stryker combat vehicles to be used by elite units of the Iraqi Army.

Despite diplomatic concerns preventing the transfer of 180 M113A1 APCs from the UAE as a gift, Iraq was eventually donated 173 M113 APCs from Jordan , Pakistan and the UAE, while 713 M1114s and 400 M1151 HMMWVs were purchased for the Iraqi Army. Most recently, the Iraqi Army signed a $2.5bn contract with Ukraine for the delivery of 420 BTR-4 APCs, with deliveries currently underway.

Prior to the 2003 invasion, the country’s air force comprised mainly of Soviet-era aircraft acquired from Russia. As the US Air Force exerted dominance over Iraq’s airspace during Operation Shock and Awe, their Iraqi counterparts were decimated to such an extent that when the air force resumed operations in 2004, it consisted of just 35 personnel.

“The US agreed an $860m foreign military sale, under which Iraq would receive 140 M1A1 Abrams tanks.”

Work was, however, quickly underway to re-equip the IAF to such an extent that it could defend the country’s interests from the skies. The 2007 establishment of the Coalition Air Forces Training Team (CAFTT) saw groundwork under which the IAF is to be retrained, culminating in the IAF planning, executing and monitoring its first ground security operation between 25 March and 1 April 2008.

It is planned that by 2015, 516 aircraft will comprise the Iraq Air Force, with the fleet due to increase by a further 34 aircraft by 2018. Specific helicopters mentioned have included Eurocopter EC 635 and Bell ARH-70 models, while 24 T-6 Texan II aircraft are also due to be purchased. A $3bn contract was signed in September 2011 for F-16 aircraft under an FMS contract from the US. A second lot of 18 F-16s was confirmed the next month, with deliveries scheduled to finish by 2014

The first F-16s are due to be delivered in December 2013 and, until such a time, Iraq’s air space will remain largely unguarded. In preparation for their delivery, six Iraqi pilots are currently undergoing training in the US.

Analysis of the Iraqi Air Force’s industry shows a lack of Russian-built aircraft, with a $4.2bn contract signed in October 2012 sensationally cancelled just a month later amid claims of corruption. Iraq Prime Minister Nouri al-Maliki halted the deal after he suspected members of his own team had accepted bribes.

“Prior to the 2003 invasion, the country’s air force comprised mainly of Soviet-era aircraft acquired from Russia.”

Russian military personnel refuted the allegations, suggesting that Iraq’s regime had come under pressure from Washington to cancel the deal that made Russia the country’s second-largest arms supplier. The deal itself had come under stringent criticism, with Iraqi MPs alleging the deal to be inadequate to its stated aim. In all 30 Mi-28 attack helicopters were due to be delivered to aid counter terrorism operations, with those opposing the contract stating their belief that the money would be better spent improving the country’s intelligence services.

Iraq has been treading carefully in terms of defence procurement. With al-Maliki stating that the country did not want to become ‘part of someone else’s monopoly’, contracts were shared between an array of countries including the US, Ukraine, Serbia, Jordan, Germany and Czech Republic. At the time the contract was signed, defence analysts expressed concern over US perceptions of Iraq pressing ahead with the acquisition of Russian equipment, fuelling suspicions in Moscow of Washington’s influence over procurement proceedings.

Centre for Analysis of World Arms Trade head Igor Korotchenko told the BBC that the cancellation of the deal was an unprecedented in Russian history, before confirming his belief that the US would not allow Iraq to go ahead with a contract of that scale and size. “As far as talk about corruption is concerned, I think it’s a smokescreen. I can’t see any scope for corruption in the Iraq deal. I believe this is just a pretext and the true reason is Washington applying pressure on Baghdad,” added Korotchenko.

While the global community has made concerted efforts to resupply Iraq in an effective and efficient manner, political wrangling and one-upmanship threatens to derail this progress, potentially endangering the lives of Iraqi civilians attempting to put the past behind them. With insurgency still problematic in countries including Afghanistan, it is imperative that these efforts are not further disrupted by political machinations.

“Hyper-realistic” training takes military learning out of the classroom and on to the battlefield using actors, Hollywood-style explosions and combat wound effects.