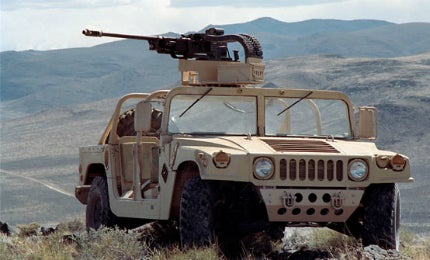 The system successfully protected vehicles supplied by BAE Systems from a range of threats, and Artis CEO Keith Brendley said the testing not only demonstrated that the system can defeat threats and saves lives, but confirmed that the risk from collateral damage is minimal.

"These accomplishments along with our cost studies show that this system is affordable and ready to integrate today," Brendley added.

The US Department of Defense decided to halt the acquisition of UH-72A Lakota light utility helicopters from 2014, a senior EADS North America official revealed.

The US Army and the National Guard are currently exploring other options to fulfil duties of the UH-72A Lakotas, which may possibly include procurement of additional UH-60 Black Hawk multimission helicopters, O’Keefe added.

As of April, EADS North America had handed over 250 UH-72A Lakotas to the army, having originally intended to acquire a total of 347 of the helicopters under a defence acquisition category (ACAT) I programme by 2016.

The Democratic People’s Republic of Korea test fired a fourth short-range missile off the east coast of the Korean Peninsula, rejecting calls for restraint from the UN and wider international community.

An unidentified South Korean defence ministry official was quoted by Yonhap News Agency as saying that the missile was successfully launched into the East Sea, but the type of missile was not disclosed.

UN secretary general Ban Ki-moon dubbed the launch a "provocative action" and urged North Korea to refrain from further launches and resume dialogue with world powers over its nuclear programme.

US defence contractor Raytheon signed a multibillion dollar contract with Oman for the sale of its ground-based air defence system during US secretary of state John Kerry’s official visit to the country.

An undisclosed senior US State Department official was quoted by Agence France-Presse as saying: "In January the Omanis made a decision to buy a ground-based air defence system produced by Raytheon, something that the secretary advocated when he was in the Senate."

European Union (EU) foreign ministers decided to lift an arms embargo on Syria, opening up the opportunity for member states to supply weapons to the country’s opposition forces.

Speaking after the vote at the EU Headquarters in Brussels, Belgium, British foreign secretary William Hague said: "It was a difficult decision for some countries but it was necessary and right to reinforce international efforts to reach a diplomatic solution to the conflict in Syria."

Britain has already provided a £13m assistance package, including non-combat armoured 4×4 vehicles and body armour for personal protection, to the Syrian opposition to help end the prolonged humanitarian crisis in the country.