Minimising the threat of explosives is a major challenge for modern militaries and security forces. Militarily speaking, the bitter experience of coalition forces in Iraq and Afghanistan in the 21st century has proven the need for effective countermeasures against improvised explosive devices (IEDs), which have maimed and killed thousands of soldiers and civilians in the last 15 years. And as the weapon of choice for terrorist organisations, explosives also pose a significant risk for police and security forces working to safeguard major infrastructure and public spaces.

Explosive detection technologies have developed as demand from military and security markets has increased. These technologies include remote detection systems capable of sniffing out explosives and other hazardous materials from a safe distance.

This is the field in which Israeli technology company Laser Detect Systems (LDS) has been operating since its foundation in 2004. The company has been honing its laser spectrometry-based trace detection technology for nearly 15 years, with its Remote Scan (R-Scan) range specialising in remote explosives detection primarily for military applications.

In November, LDS unveiled an eye-catching new platform for remote explosives detection. SpectroDrone, as the platform has been dubbed, is the world’s first sniffer drone, a lightweight version of LDS’s R-Scan payload mounted on the Optimus drone developed by fellow Israeli firm Airobotics. The drone has a 3km flight range, facilitating the remote inspection of suspicious or inaccessible areas from an even safer distance.

The drone, which has gone through successful lab and field testing, is now being prepared for a commercial launch as LDS works through the regulatory requirements necessary to licence the system for export to international customers. LDS president and chairman of the board Eli Venezia discusses the potential of the system and the challenges involved in integrating such a sophisticated technology package for use on an automated aerial drone.

Chris Lo: When did the initial idea to develop a drone-mounted explosives detection system came about?

Eli Venezia: Laser Detect Systems specialises in laser-based remote sensing, being able via laser, to detect either explosives, narcotics or other hazardous materials. This is what the company has been doing for more than 15 years.

Our customers, for the last five or six years, have been asking for more range, more capability, more accuracy with the system. Most of our applications are ground-based, mounted on a Humvee, on a robot and so on. We thought why not put the sensor on some kind of drone, and being able to reach a better performance from the distance side. If you have some intel about something suspicious, even if it’s two or three kilometres from where you are, you want to be able to send something. Of course you cannot send a robot and sometimes it’s difficult to send a vehicle, so why not send a drone?

CL: What made the Airobotics Optimus drone the right platform to use for this project?

EV: We thought at the beginning about UAVs [unmanned aerial vehicles], what we call here a heavy UAV, but it was quite complicated to integrate and operate it. When drone technology is moving so fast, we thought about integrating with a platform like a drone. We cooperated with an Israeli company, a young company called Airobotics. What we liked about their platform is that it’s fully autonomous; it’s not a simple, regular drone. It’s fully autonomous so you can pinpoint the target location and it will go there automatically. 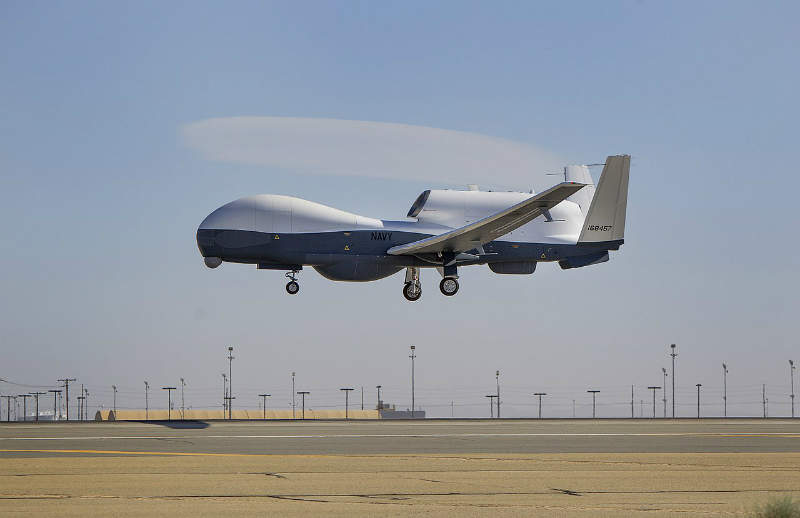 There is a trade-off between the weight that the drone can carry and the performance. Regular drones today, what we call mid-sized drones, can carry a few kilos, maybe one or two kilos. So there is a trade-off between the performance of the payload itself and the payload that a drone can carry. But we decided to work on this platform at the beginning, to take a regular drone like the Airobotics Optimus drone with all of its advantages, and to integrate our payload with this drone.

It was very successful for us. We have tested it; of course we are not in full production yet. This is a brand-new development. But we feel very comfortable and the feedback from customers has been very good.

CL: Do you think working with another Israeli company simplified the technical aspects of the project?

EV: To give a short answer to your question, the answer is yes. The platform was ready to integrate any kind of payload. By the way, we are looking to work with other drone manufacturers, and if we can find another platform that is able to carry higher weight, say up to five kilos, we think the performance will be even better, because there is a trade-off with power consumption, accuracy, distance and so on, and of course weight.

CL: What were the biggest challenges you came up against when integrating the explosives detection technology with a drone?

CL: What are the levels of speed, accuracy and reliability have you been able to achieve with the SpectroDrone system?

EV: What we’ve reached now is the ability to detect, let’s say a few micrograms of explosives in traces, and in vapour form it’s much easier. The application is that you send a drone from where you are – today it’s about a 3km radius from where you are – and the drone flies above the target, lases it and scans with the scanner to get real-time information if there are explosives or something suspicious there.

I’ve been asked by customers and even some reporters because in the PR I think they heard that it’s about 3km detection. Our integrity is very important for us because we are not telling stories. We are not able to detect from 3km with the laser, of course. This is the range of the drone of itself, and once the drone is quite close to the target, it can ‘sniff out’ the materials.

CL: The system can also be mounted on ground robots, vehicles and so on. Is this flexibility what you want to achieve with your core laser detection technology?

EV: Absolutely. Our strategy is that SpectroDrone is one of the family of platforms that we want to be able to mount our payload on. This is the advantage that we have on the market compared to other companies, that this payload will be able to be mounted either on heavy vehicles, ground robotics and so on for different applications. Here, the market is huge.

The drone is a very sexy platform, as you probably know. When people hear drone, they say, ‘Oh, this is interesting’. Because it’s not a new thing for us – the ability to detect materials from a distance is what the company has been working on for the last 15 years, and this is the challenge that we are working on, to adapt and try to do more research and development to be able to make an accurate and low-false alarm system, and it’s not an easy system to develop. The idea is to adapt a very similar level of payload based on our R-Scan on several platforms for different customers.

CL: From a defence and national security perspective, what do you see as the main applications for SpectroDrone? What tasks will it be able to undertake that other technologies aren’t able to do?

EV: For the drone application, we see it first of all as a sensor that is able to detect mainly for homeland security applications. For explosives, bomb cars and so on. It can act as a sensor to quickly and easily detect if an area is ‘dirty’, if there is some gas, because we are able to detect gas also with the sensor.

Imagine if you are on the border and you want to know if a few kilometres from the border there is something suspicious. You cannot send a unit or a real force, so you can just send this sensor, which will detect and come back with the information.

CL: What kind of interest have you had from defence and security companies since you revealed SpectroDrone in November?

EV: There has been huge interest. To tell you the truth, we are so surprised that to put such a great technology on other platforms like Humvees and robots, there wasn’t such interest as when we put it on a drone. It’s unbelievable. We feel very comfortable with the idea of putting a sensor like this on a drone, business-wise.

CL: Do you have a roadmap for how you will roll out and market SpectroDrone as a commercial product in the coming months and years?

EV: First of all, for the pure military market, as an Israeli company we are working by the rules and we need governmental approval to be able to export the technology to international customers. The integration between this specific drone and our sensor is a bit sensitive, that’s the reason we can’t talk about everything.

However, I think that good cooperation with international drone manufacturers [will be important]. They are paying attention and a lot of very famous drone manufacturers approach us and ask us if we want to cooperate with them. Then they will be able to market their drones as an integrated system. Of course, we have to adapt and integrate the system with each drone separately.

Other than that, to demonstrate the drone is quite easy compared to other heavy platforms. So we will go to the market directly with our partners and even by ourselves, and demonstrate the technology.

CL: Do you have a date in mind for getting approval and launching the technology commercially?

EV: First of all, it has to be a fully ready and mature system for mass production. It has been a huge process, but we are not there yet. If someone right now asks me for 500 units, I’m not ready for that, even though I have been getting requests like this. I think no later than early next year, it will be ready for mass production. We have to go through all the necessary processes, like we are doing for all our products, to be able to market it to our customers, that it’s a full, mature system and we feel comfortable with the performance.