The US Army’s Defense Advanced Research Projects Agency (DARPA) has long left onlookers intrigued with its work. After creating a forerunner for the internet and expanding knowledge of autonomous systems and advanced radar, the agency’s budget has spiralled, in order to accommodate for a host of projects that paint a highly futuristic picture for the US Armed Forces.

DARPA director Regina Dugan has battled to ensure that the agency lost just $1.4m of its $3bn budget during a round of austerity measures enforced by President Barack Obama, leading to the announcement of a number of projects that have invoked renewed shock and awe among curious observers.

One such area that has received strong support and perhaps caught people by surprise has been hypersonics, considered key to the Pentagon‘s initiative to create the capability to strike anywhere on Earth within 30 minutes, without the use of a nuclear weapon.

Although the use of space-launched kinetic weapons has been investigated in the past, the US now seems keen to explore the hypersonic path.

The provision of $50m of DARPA’s budget for a hypersonic programme comes on the back of a successful test of an advanced hypersonic weapon in November 2011.

The test, conducted by the US Army Space and Missile Defence Command, saw a missile launched from the Pacific Missile Range Facility in Hawaii, US, and strike a target located some 3,700km away at the Ronald Reagan Test Site on Kwajelein Atoll in less than 30 minutes.

The test was launched in order to gather data for future hypersonic warheads, and the Collaborative Hypersonic Research Program has been established in order to further US understanding. $11m has been pledged to start the flight experiment programme, while a further $38m has been earmarked for investigations into aerodynamic materials, guidance and communication technologies for long-range hypersonic cruise. 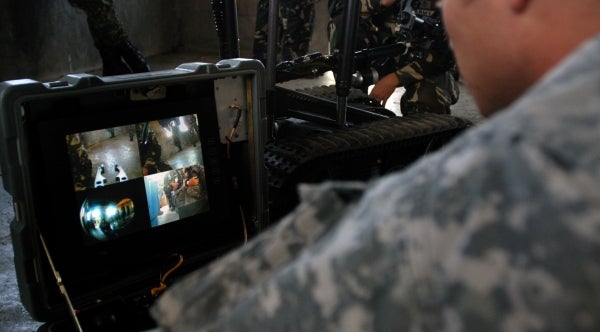 The control of military robots could be taken away from the monitor and directly into the eyes of a trained operator through telepresence.

Of substantial surprise within DARPA’s budget request was $7m for what has been labelled as the Avatar programme, provoking images of James Cameron’s blockbuster in which autonomous creatures controlled by human thought are used in the colonisation of distant planets.

What DARPA has astonishingly projected isn’t too far removed from that vision. The agency hopes to “develop interfaces and algorithms to enable a soldier to effectively partner with a semi-autonomous bi-pedal machine and allow it to act as the soldier’s surrogate,” citing key advancements in the field of telepresence and remote operation in order to enable it.

Unlike recently announced technology like Boston Dynamics’ PetMan project, which has been designed for the testing of protective clothing, DARPA envisages a very hands-on use for any development from the Avatar programme, with these bi-pedal machines being earmarked for use in missions involving room clearing, sentry control and combat casualty recovery.

Whilst equipping semi-autonomous machines with lethal weapons is likely to trigger all manner of ethical debate, the potential benefits of a readily-able machine that can act with all the battlefield instincts of an experienced soldier is sure to pose significant benefits to the US Army.

Illusions on the battlefield

While the aspect of deceiving the enemy’s eyes on the battlefield is not a particularly new concept, never before has it been attempted on such a grandiose scale as what DARPA is now planning to achieve with its Battlefield Illusion project.

Some distance from the use of mock submarines or tanks that was adopted during World War II to mislead and strike fear into enemy troops comes the $4m investigation, which holds the ultimate aim of manipulating an adversary’s perception in order to, as DARPA put it, “confuse, delay, inhibit or misdirect actions.”

The aim of the project at first is to improve the understanding of how humans process sensory inputs before developing and invoking auditory and visuals hallucinations that US forces could use in order to gain a tactical advantage on the battlefield.

The project bears a striking resemblance to the ‘Voice of God’ weapon that has been continually linked to allied forces in Iraq, despite the story being continually debunked to as apocryphal.

It has been said that forces have experimented with the use of Long Range Acoustic Devices, which can target a single person within a group from a specified range, attempting to convince them that they were being spoken to from a higher power. The tales usually consist of Islamic terrorists being convinced to down arms by Allah and have been met with equal intrigue and skepticism in the past.

Countering threats not yet developed 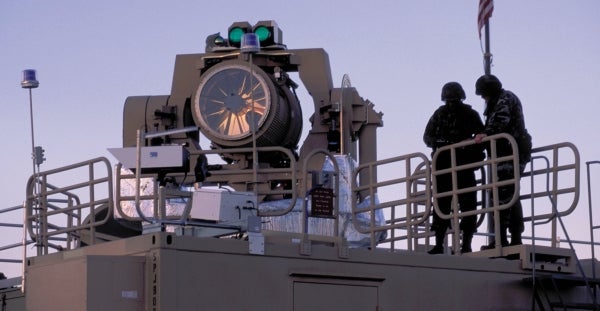 After years spent developing laser weapons, the US Army now wants to protect itself from them.

The use of autonomous bi-pedal robots and battlefield illusions should demonstrate that DARPA is nothing if not forward-thinking, and that rings true with how the agency wants to protect US troops and military equipment from weaponry that has yet to be developed.

Earmarked for $4.1m of investment is a project tasked with developing a selection of laser countermeasures, designed to protect military equipment from attack from high-intensity laser weapons.

The programme highlights a specific interest in material treatments, which could theoretically be demonstrated or retrofitted upon existing equipment, in order to neutralise the threat, bearing a resemblance to a task order in 2008 in which the US Air Force was tasked with developing laser-proof coatings for its weapons.

The DARPA programme does, however, conclude that a more comprehensive protection is required, citing the need for an array of warning systems that could be used to detect the use of laser weapons, identifying the wavelength and power of the laser, and even neutralising such an attack by disturbing the laser’s line of sight or altering its internal optics.