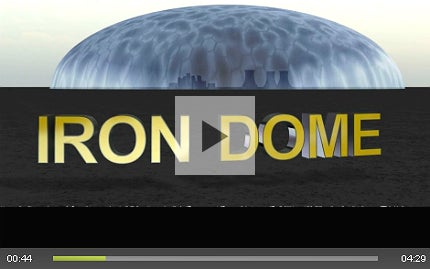 Israel claims its air strike on Gaza, which killed prominent Hamas member Ahmed Said Khalil al-Jabari, was in retribution for rocket attacks against it by militants.

These rockets managed to penetrate the Iron Dome missile shield, designed by Rafael Defense Systems to intercept rockets and artillery shells fired from up to 70km away and destroy them before they reach populated areas.

Israel seems to have recognised a gap in its defences – the Defence Ministry has announced it will expedite the deployment of a fifth Iron Dome battery along its border with the Gaza Strip on Saturday evening.

This latest tranche of border defences feature upgraded technology designed to shoot down rockets fired from further away than existing Iron Dome batteries.

“According to the Israeli Defence Forces (IDF), Iron Dome systems have successfully intercepted 80 rockets from Gaza.”

It was originally planned to be deployed in January and engineers are reportedly working around the clock to transplant it from test field to battlefield.

According to the Israeli Defence Forces (IDF), Iron Dome systems have successfully intercepted 80 rockets from Gaza, or close to 30%, since the conflict began. Iran’s media network Press TV reports similar figures as a failure rather than a success.

Taking its figures from Israeli news outlet Haaretz, it reported that the fact that 27 out of 130 Palestinian rockets fired during the previous 24 hours had reached their target, revealing the inefficiency of Iron Dome.

Whether the new Iron Dome battery will successfully intercept a greater number of rockets or not, Israel is digging in for a conflict that extends beyond an exchange of fire over the border, with air raid sirens sounding over Tel Aviv and 16,000 reserve troops preparing for ground operations.

Below: infographic showing the range of Hamas’s rockets. Source: IDF. 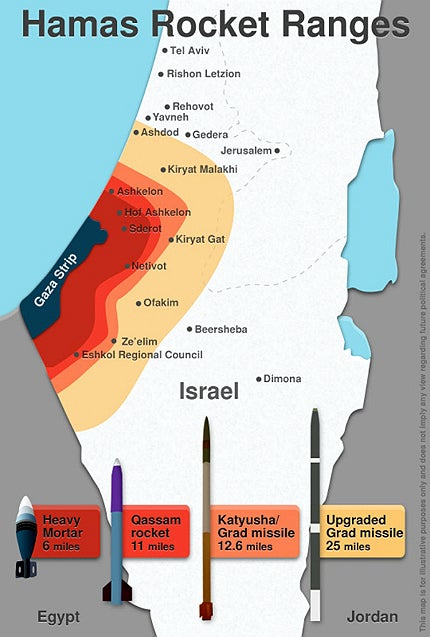 The Electronic Warfare Market in Israel to 2024: Market Brief