Top military apps: Ranking 10 of the best in the industry
Menu

Tactical NAV is a military-grade GPS navigation application developed for the military, first responders, search-and-rescue (SAR) and law enforcement personnel. It uses the Military Grid Reference System (MGRS) to enable the users to map and plot waypoints and military graphics with high accuracy. The app also allows for secure transfer of location and waypoint data through email, text and Facebook.

The app was created by a US Army soldier during his deployment to Afghanistan in support of Operation Enduring Freedom. Currently sold by AppDaddy Technologies, the app is available in the iTunes App Store and Google Play.

MilGPS is a premium navigation application developed for soldiers, SAR personnel and other professional navigators worldwide. It uses MGRS & United States National Grid (USNG) for mapping locations. The military-grade features of the premium land navigator include the real-time display of current location even without a cellular signal. The app also enables the user to create and navigate unlimited waypoints.

Developed by Australian software developer Karl Urdevics, the application is sold through his company Cascode Labs. It is compatible with iPad and iPhone and requires iOS 8.0 or later versions.

Avenza Maps Pro is a mobile mapping app for offline mapping and navigation. Trusted by military and Intelligence communities worldwide, the app is also available for download by the US Department of Defense (DoD) and Intelligence Community (IC) personnel from the GEOINT App Store.

Developed by Avenza Systems, the mobile app offers advanced tools to download maps for offline applications, as well as uses the host device’s GPS to locate and navigate in remote areas without a network or internet connection.

iSurvive has been developed by DMBC and is marketed by Roger Lichfield. It is supported by iPhone, iPad and iPod touch, and requires iOS 2.2 or later versions.

Army First Aid application provides a manual of critical medical information for soldiers to be used in instances where medical aid might not be readily available. It is useful on the battlefield where knowledge of life-sustaining methods is required for survival. It contains useful information on first aid basics, rescue breathing techniques, stopping bleeding, checking for shock, dressings and bandages, bites and heat and cold injuries.

Available information on the application can be shared through email or AirPrint. Double Dog Studios is the developer and marketer of the app, which is available for download on the iTunes App Store. 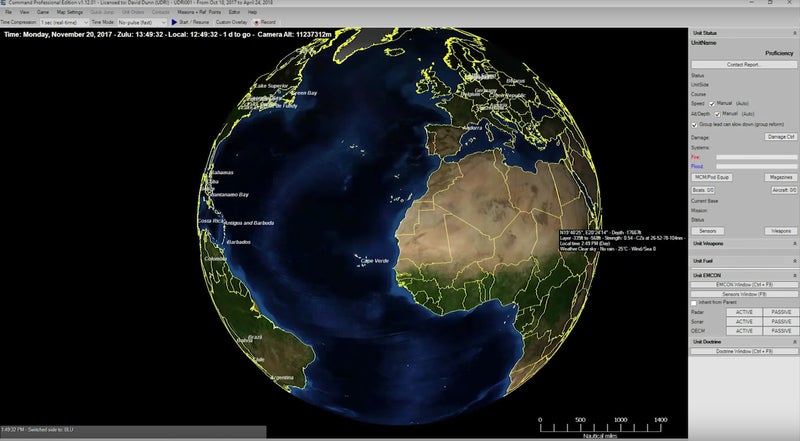 Army Ranger Handbook is designed for rangers and offers information on the latest techniques and tactics used by US Army Rangers. The application’s features include full support for retina displays, inputs on deception, stealth, communications, escape and evasion, ambush operations, booby traps, demolitions perimeter defence, counterintelligence, and much more.

Double Dog Studios is the developer of the application, which was designed as manual to be carried by Rangers in the battlefield. The app is available for download on the iTunes App Store.

The Android Tactical Assault Kit (ATAK) is an Android geo-spatial infrastructure app available for military, law enforcement, and other governmental agencies. Originally developed by the US Department of Defense (DoD) for the Special Operations forces, the app now supports a range of mission sets.

Army OneSource Services Locator is a search application to identify local army programmes, services or resources. The user is asked to enter the zip code, city or state information and a list of options is then displayed, along with a map view. Located services are grouped by categories such as mobilisation/deployment support, and employment assistance. The app also provides driving directions to each location.

Developed by US Army FMWRC, the tool is also managed by the Department of Army Headquarters, Family and Morale, Welfare and Recreation Command, Family Programs Directorate. It is available for download on iTunes App Store.

Military Flashlight is an important application for vets, personnel and military fans. It offers a flashlight with different blinking frequencies of strobe lighting that include Morse code SOS signal, as well as a standard compass dial with a calibration screen for greater accuracy. The torch can be personalised in the different colours of the US States Armed Forces.

The application has been developed by Hooah Studio and is available on Google Play.

DVIDS Military 24/7 is an app developed for defence personnel and updates information directly from deployed service members. It provides current news from the different branches of the armed forces such as US Army, Coast Guard, Marines, Navy, Air Force and Reserves. Access is also provided for photo galleries and on-demand content. Stories and pictures can also be shared through email, Facebook and Twitter.

Marketed by Encompass Digital Media, the app is copyrighted by the Defense Video & Imagery Distribution System and is available for download on iTunes App Store.