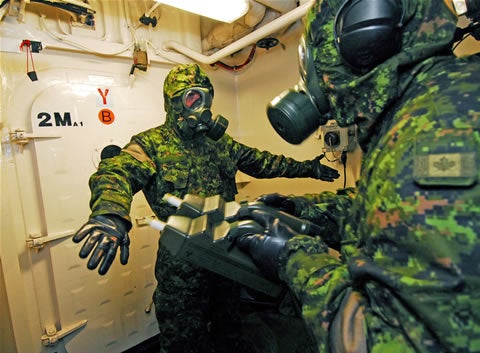 The delivery follows a five-year $86.2m contract awarded to Saab for the supply of three radars, along with field sustainment support services as part of the final stage of ADF’s LAND 19 phase 7A acquisition project in 2010.

Clare said the radar would be used as an Australia-based training support system to prepare soldiers prior to their actual deployment in Afghanistan.

Manufactured as part of the Emergency Response Solutions NRBQ in the Civil and Military Sector (SORECYM-NRBQ) programme, the vehicle is designed to enable specialised staff to travel to contaminated areas to detect and identify nuclear and radiological materials.

Using a commercial van as a platform, the newly developed vehicle is also capable of detecting remote contaminant clouds located at distances of up to 5km, followed by subsequent analysis using mass spectrophotometry techniques.

Borisov was quoted by RIA Novosti as saying that a research and development programme for ICBM production has been initiated by the Moscow Institute of Thermal Technology and is currently in preliminary stages.

Without disclosing the programme’s duration, Borisov noted that the total project cost was yet to be determined by the MoD.

Decatron has been awarded a contract for delivery of MASA Group’s SWORD constructive simulation system to add realism to the Brazilian Army‘s battalion, brigade and division levels training programmes.

The competitively awarded contract involves acquisition and full customisation of SWORD to help enhance training, analysis, and decision support for both military commanding officers and crisis managers in the emergency preparedness sector.

The software is expected to be used by the army to replicate combat and combat-support actions for command posts, and also for other non-military actions at both Subunidade and Unidade levels.

Involving robots, precision-guided missiles and watchdog satellites, the procurement is scheduled to be carried out ‘without compromising transparency, fairness and probity at any level’, Press Trust Of India has reported citing an MoD’s Technology and Capability Roadmap (TCR) document.

Release of the TCR in the public domain represents the ministry’s effort to make both the domestic private and public sector industry aware about the requirements of the armed forces, providing an opportunity to ready themselves to offer solutions.

CAE Military-Europe vice-president and business leader Ian Bell said the latest GESI version offers several enhancements and improvements enabling the army to train commanders and staff in a range of actual missions that are likely to be encountered in the battlefield.

EDA deputy chief executive Rini Goos said: ”This common procurement initiative illustrates the success of our approach. It all started with three countries choosing EDA as their vehicle for cooperation, a couple of months later, we have two additional countries on board.”

Hayden said in a statement that Obama has signed a presidential determination waiving certain restrictions under the Arms Export Control Act, which enables US Government to deliver or license certain non-lethal assistance inside or related to Syria.

Independently controlled by a single human machine interface (HMI) unit, the lightweight systems can readily mount on a cab or high-mobility multipurpose wheeled vehicles (HMMWVs) chassis, as well as on the joint light tactical vehicles (JLTV).

Since then the Fenneks are stored in a former United States Army Europe Prepositioned Organisational Materiel Site (Poms) site, along with 116 Leopard II and 32 PzH2000s.

The Public Works and Government Services Canada (PWGSC) has issued request for proposals (RFP) to companies for supply of mobile satellite communication terminals for the national army vehicles.

The RFP was released under the land command support system life extension (LCSS LE) project on behalf of the Department of National Defence (DND), following extensive consultations and engagement with the industry.

Public Works and Government Services minister Diane Finley said the government is committed to providing the Canadian Army personnel with the best possible equipment required for missions at home and abroad.

Boeing and EADS are currently listed as the top performing defence and aerospace companies in 2013, while other industry heavyweights like General Dynamics and Lockheed Martin also appear.