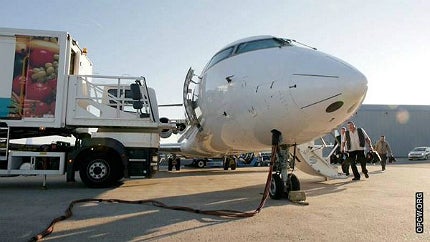 Developed as part of army’s affordable potection from objective threats programme, the aluminium hull is claimed to be the world’s largest and is scheduled to replace the existing assembled hulls of the service’s ground combat vehicles, while offering even greater strength and durability.

Army research laboratory materials manufacturing technology branch chief Dr. Ernest Chin said the army has for decades recognised the survivability benefits of a single-piece hull for ground combat vehicles, due to its thickness, size and shape.

The Russian Ministry of Defence (MoD) is planning to start mass procurement of the locally-manufactured future high-tech soldier system in 2014, the country’s defence minister Sergei Shoigu has announced.

Shoigu was quoted by RIA Novosti as saying: ”We have practically finished work on the Ratnik gear and will start purchases of series-produced equipment for our army next year.”

5D Robotics and Charles River Analytics (CRA) have received a small business innovation research (SBIR) contract to develop an autonomous robot, capable of responding to visual and gestured commands, as well as working beside soldiers and first-responders.

Developed in collaboration with the US Air Force Research Laboratory’s (AFRL) Information Directorate, the capability is designed to help soldiers visualise an area and mark points of interest.

In addition, the capability minimises the requirement for discussion over voice channels in theatre or other situations where graphical designation of points of interest can be quickly accomplished.

Randomly picked from the production lot, the missile was launched by a mobile launcher in salvo mode and zeroed in on the pre-designated target in the Bay of Bengal with an accuracy of about 20m following the seven minute flight, The Hindu reports, citing Defence Research and Development Organisation (DRDO) sources.

The high-precision navigation system equipped missile was monitored by radars, electro-optical (EO) tracking systems located along the coast and telemetry equipment fitted in a downrange ship near the target point during the terminal phase of flight, sources added.

A joint UN-organisation for the prohibition of chemical weapons (OPCW) team has started destruction of Syrian chemical weapons stockpiles and production facilities, an unnamed OPCW source has revealed.

Speaking on condition of anonymity to Agence France Presse, the source said the first day involved destruction of a range of items, including missile warheads and aerial chemical bombs, as well as mobile and static mixing and filling units.

The UK Ministry of Defence’s (MoD) Defence Science and Technology Laboratory (Dstl) is seeking innovative proposals from the industry for development of a combined simulation and field trial capability, to protect military helicopters against ground-based man-in-the-loop (MITL) operated weapon threats.

The capability aims to enable aircrew to develop more effective tactics, techniques and procedures, if facing an attack.

The new Chinook BPS system weighs 2,000lbs less than the existing system and offers additional protection to both pilot and cargo areas, besides offering protection against small arms fire.